I’m back with part 2 of our trip to Cambodia! Have you read about the first half? If not, I highly encourage you to read it before this one! Especially if you love the beach or need a little warmth in the dead of winter right now. 🙂

In my last post, I left off with us returning to Sihanoukville via the ferry. Once we got off the boat, we paired up with a European couple and took a Tuk Tuk to the local airport together. It took around 30 minutes, and the airport was extremely small. Since we were early for our flight (always aim to be early, not just on time), we sat around and chatted with our new friends. That’s the magic about backpacking! You never know who you’re going to meet along the way. Everyone has a unique story that’s led them to where they are, and it’s fascinating. 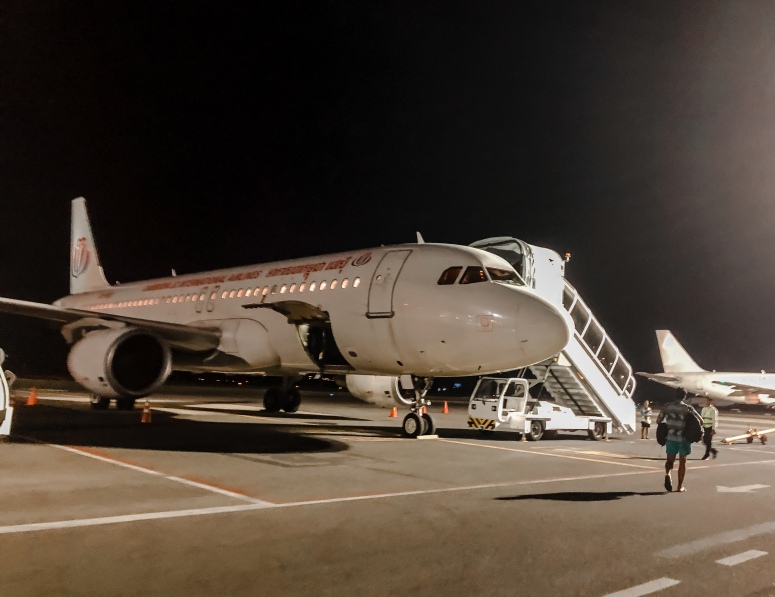 We decided to take a flight to Siem Reap rather than a bus for several reasons. For starters, the flight was only $30 a person. A bus was $15 a person. Second, the flight was only 40 minutes. The bus was overnight and was estimated to take 10 hours. We really contemplated taking the bus because it was half the price AND there were bunks in the bus. However, we didn’t want to waste time. We needed to be up early the following morning, so we wanted a good nights rest as well.

I was pleasantly surprised by Siem Reap. This city in the northern part of Cambodia exists almost completely because of tourism. All the grand hotels and restaurants give the locals jobs and it’s truly thriving. I really thought Siem Reap was going to be a little dusty and empty city, but I was very wrong. It’s only growing! We checked into our hotel downtown, took hot showers, and headed straight to bed. The following day, we hired a driver to take us wherever we wanted for the whole day. He picked us up at our hotel at 6:30am and drove us straight to Angkor Wat. Siem Reap is famous for this massive temple and kingdom that was founded in the 12th century. What was once a Hindu temple, eventually transformed into a Buddhist temple. 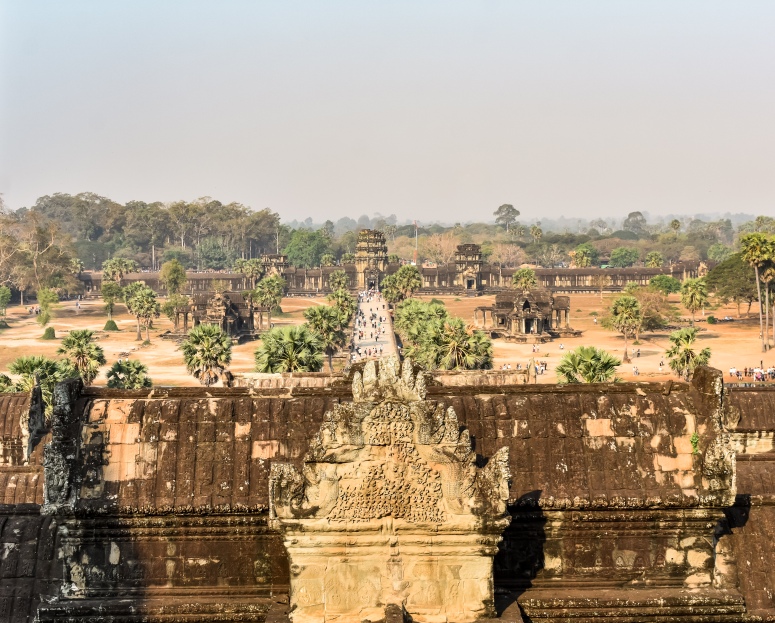 We purchased tickets that gave us access to any of the sights we wanted for the whole day, which cost $37 each. The pass allowed us to enter any of the historical buildings we wanted for the whole day. We didn’t have a problem paying almost $40 a ticket, because they are doing an amazing job restoring these ancient temples. Angkor Wat sat untouched for years, so you’ll see a lot of natural destruction. Restoration first started in the 1860’s.

I’d say we spent 4-5 hours walking through all the temples. I HIGHLY, HIGHLY, HIGHLY recommend getting up as early as you possibly can. Tourists visit Siem Reap for the same reason – to see Angkor Wat. Even though we visited during February, it was still very hot and jam-packed with people. The combination of the two makes for an unpleasant experience. I’m sure it get’s even busier during the Summer months. 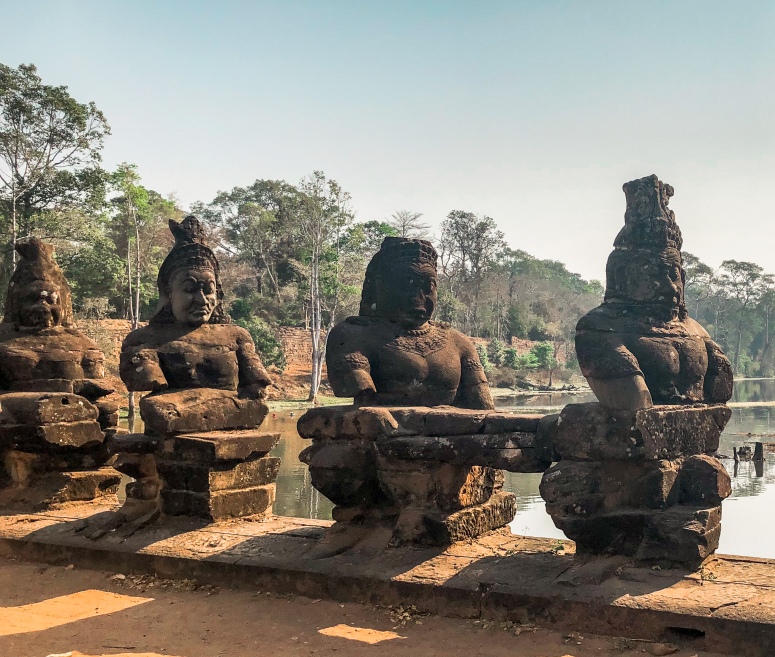 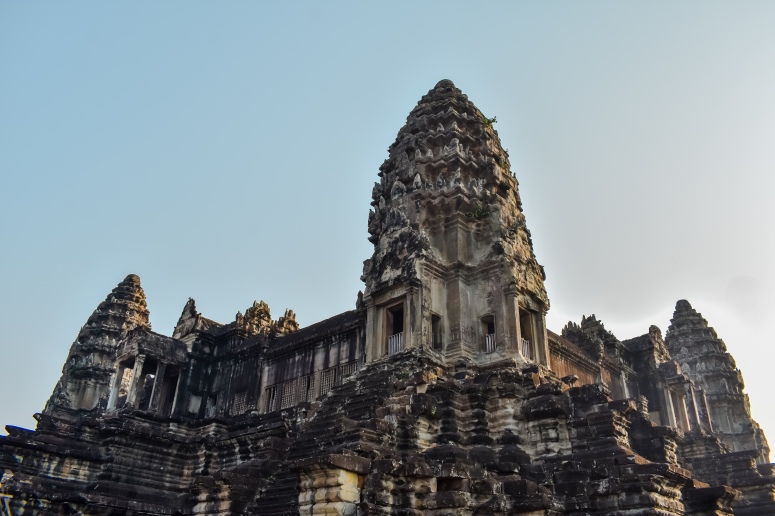 We explored the temples of Angkor Wat, Bayon, and Ta Prohm (in that order). As you can see by the map below, Angkor Park is huge! You can truly spend all day here. 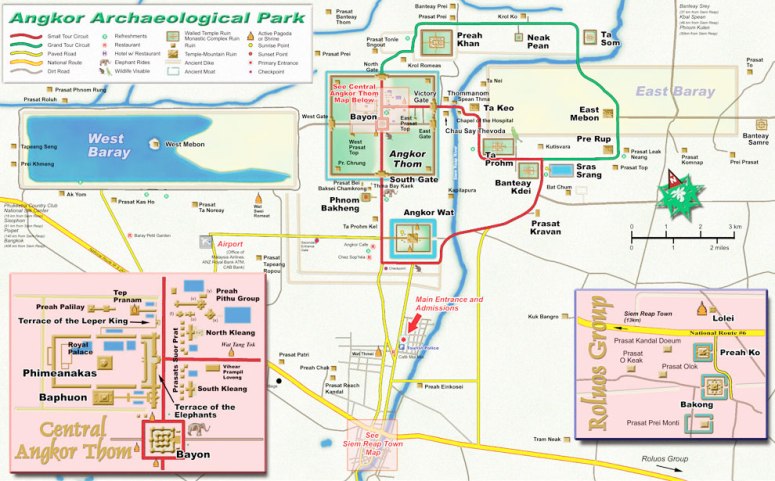 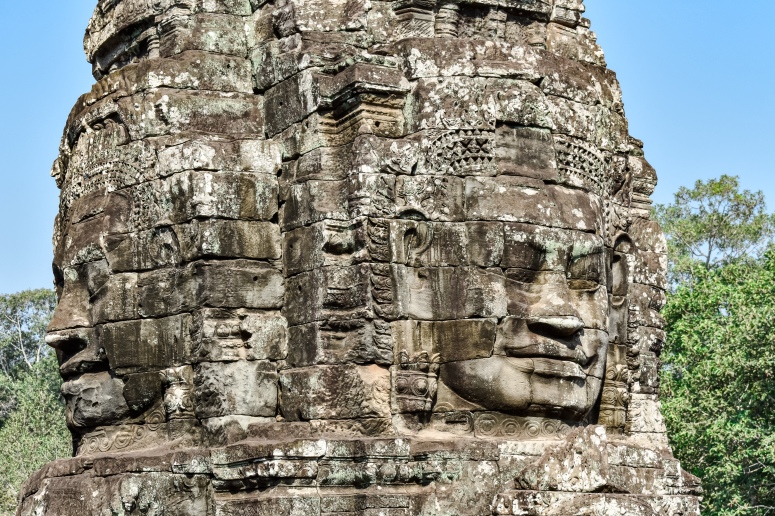 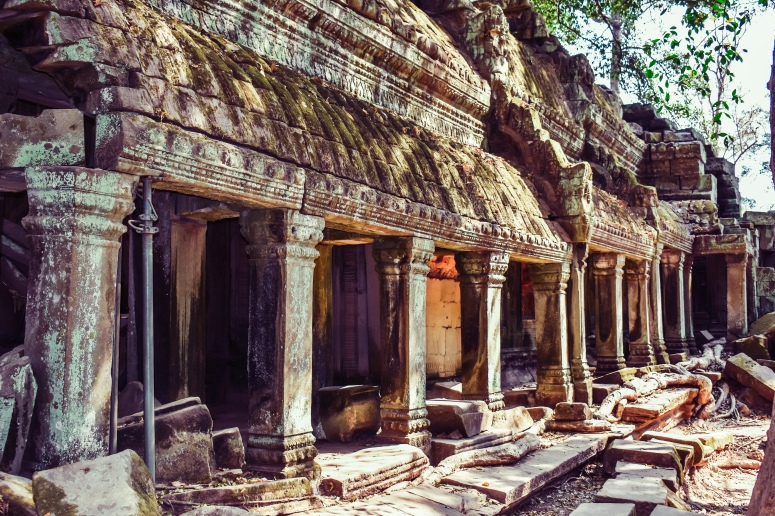 We called it quits shortly after noon because it was way too hot and there were way too many people around. We didn’t eat dinner the night before with all the traveling, so we were starving and exhausted. Learn from our mistake and stay fed and hydrated. We drove back into downtown Siem Reap and ate at the Paper Tiger. Taylor and I both ordered pasta and it was delicious! I’d highly recommend eating here.

Once we were done, we headed to a local school with Caring for Cambodia. Taylor was invited to speak about science and achieving goals. I’m so proud of Tay for sharing his educational experience and inspiring high school students who are about to make big decisions not only for themselves, but for their family!

After an exhausting day exploring in the heat, we ate a quick dinner downtown and headed back to our hotel. We had another early morning, because we were flying back to Phnom Penh before flying back to Nanjing!

Can I be honest with you? Here’s where I wanted to end the blog. The rest of our time in Phnom Penh was spent visiting the killing fields and S21 prison camp from the genocide that took place in the early 70’s. I didn’t want to write about it. I felt like it was depressing and I didn’t want to relive what we saw and learned. However, during our tour, they mentioned that if nobody talks about it, nobody will ever learn about the horrific loss Cambodia suffered. And if nobody hears, then we cannot learn from experience. Taylor encouraged me to briefly write about our experience.

Another honest confession. I never heard about the mass genocide in Cambodia, until now. I NEVER knew. The only mass genocide I knew about was the Holocaust. 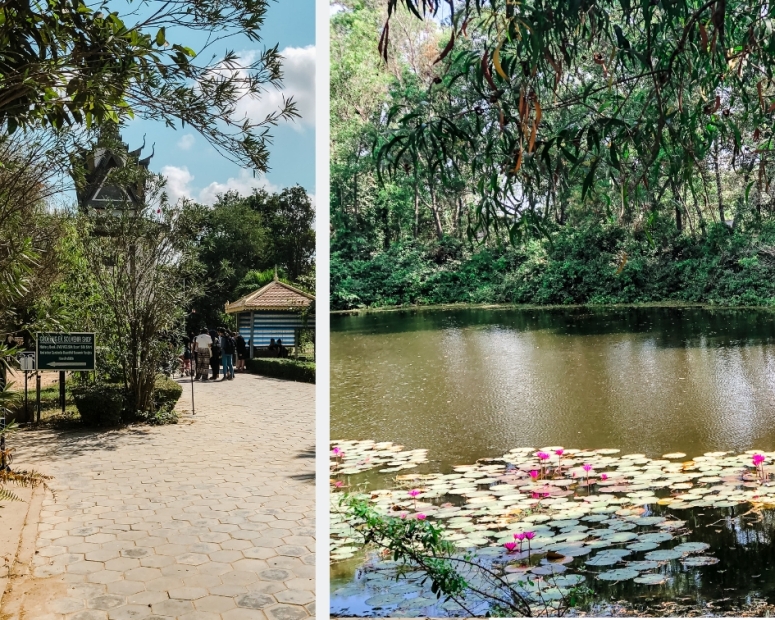 We did the audio tour for both the killing fields and prison. From personal experience, while these tours were wonderful and full of information, I think this was way worse than visiting a concentration camp in Germany. (If you had a rough time with that, then this isn’t for you.) These tours are fantastic for learning and never forgetting, but they are not for everyone. I couldn’t complete the prison because my heart was aching and I couldn’t look at the photos. I listened to the full audio, but I physically couldn’t do it.

The only way I can end this post, is by encouraging you to learn. Although it’s painful to hear about the horror that occurred, millions of lives were effected and still are. Cambodia is still recovering. The only way we can prevent anything like this happening again, is by learning.