If you’re ever been in North Carolina, you’ll find that one of the largest attractions is the Biltmore House. Completed in 1895 by George Vanderbilt, the house contains 250 rooms which includes 35 bedrooms, 43 bathrooms, and 65 fireplaces. There’s also an immaculate garden, shops, food, winery, hotel, and fun outdoor activities. 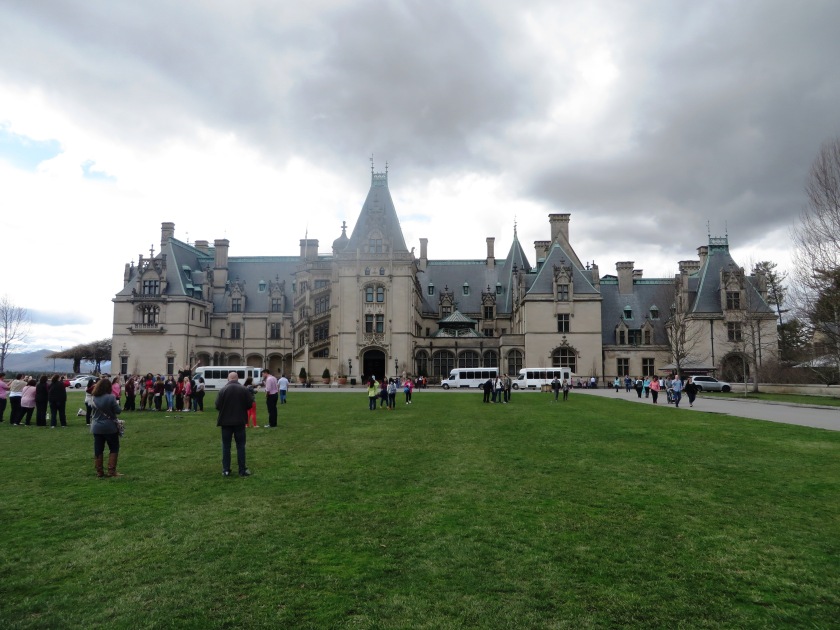 The house took 6 years to complete and was designed by renowned landscape architect Frederick Law Olmsted. Several years later, when the depression hit, it was hard for the family to maintain the massive house and the surrounding grounds. In order to increase tourism, they opened the house to the public. This was a brilliant idea because now, it is a must-see for anyone traveling to the area! 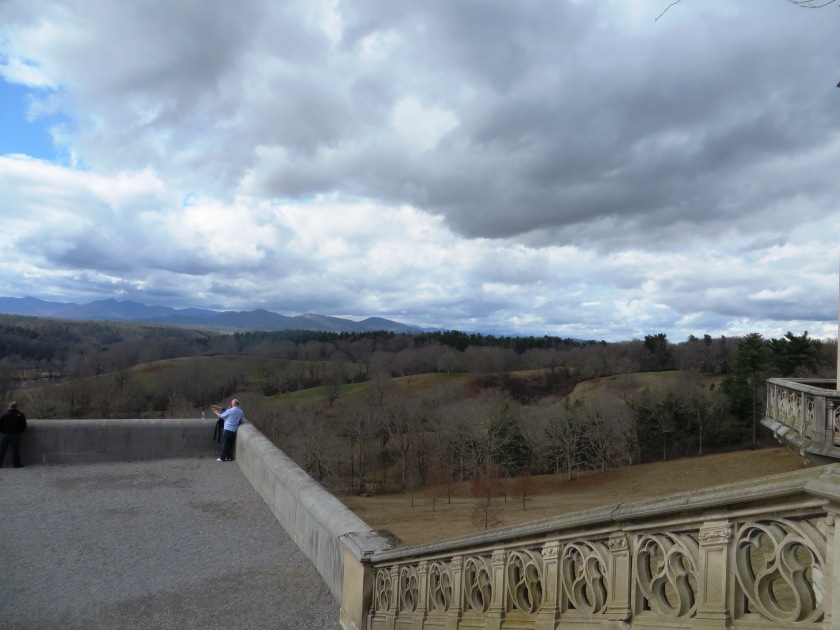 As the seasons change, there is always something new going on at the house. During the summertime you’ll find live music and a blooming garden. During the winter you’ll find Christmas trees and lights sparkling in and out of the house. Over the past year, we’ve used our annual passes to go at least once a season.

Our first trip together, a year ago.

We’ve been in the house several times to see the different displays, but since it’s so large, we’ve really only seen like 50% of it. Crazy! We’ve also roamed around the gardens, but again, it’s so massive that we’ve only seen a sliver. We love coming when the weather is warmer because there’s so much to do! We can ride bikes, see the house & gardens, eat dinner, get coffee & ice cream, or just relax and walk the grounds.

Currently, the Biltmore house is showcasing wedding gowns from film. Sponsored by Belk, these dresses and attire from major motion pictures span centuries of design.

“More than 40 award-winning costumes from 19 classic films will be displayed throughout the grand rooms of Biltmore House. Costumes illustrate changing styles in wedding fashions from the 1700s through the 1940s and the exquisite attention to detail that Cosprop Ltd., London, brings to its film costume projects. Accenting the costume displays will be elaborate floral arrangements complementing each film’s era, created by Biltmore’s Floral design team.”

We (and by we, we mean Ashley) were slightly disappointed that this was not real cake. Still gorgeous nonetheless. 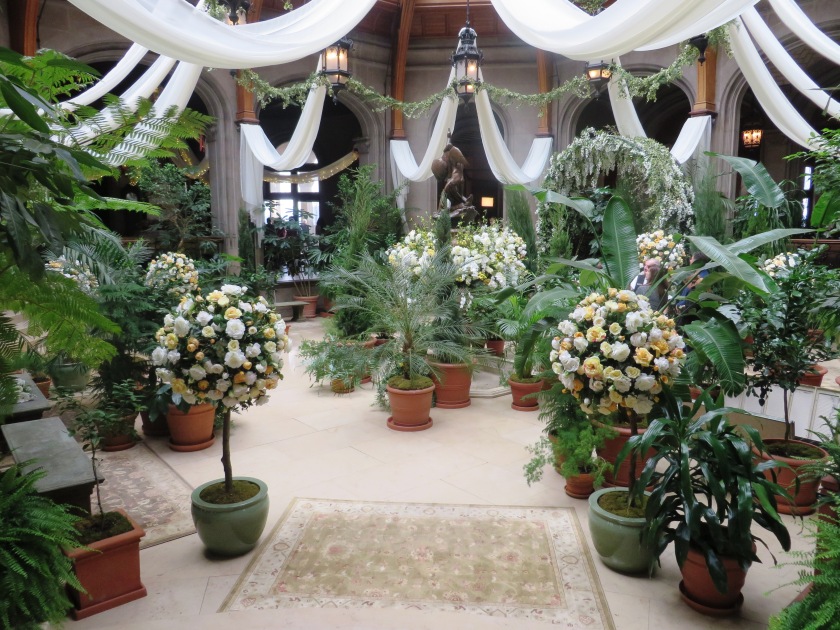 When we came during Christmas, they were showcasing their Christmas trees, but we were not aloud to take any pictures. We were very surprised they actually let us take as many pictures as we wanted of the bridal collection. Unfortunately, the way they had the displays set up made it very difficult to take clear pictures with their lighting. It really takes away from the details of everything. I’m sure if you’re a professional photographer you could make it work, but we are no professionals, so bare with us. Ha! 🙂 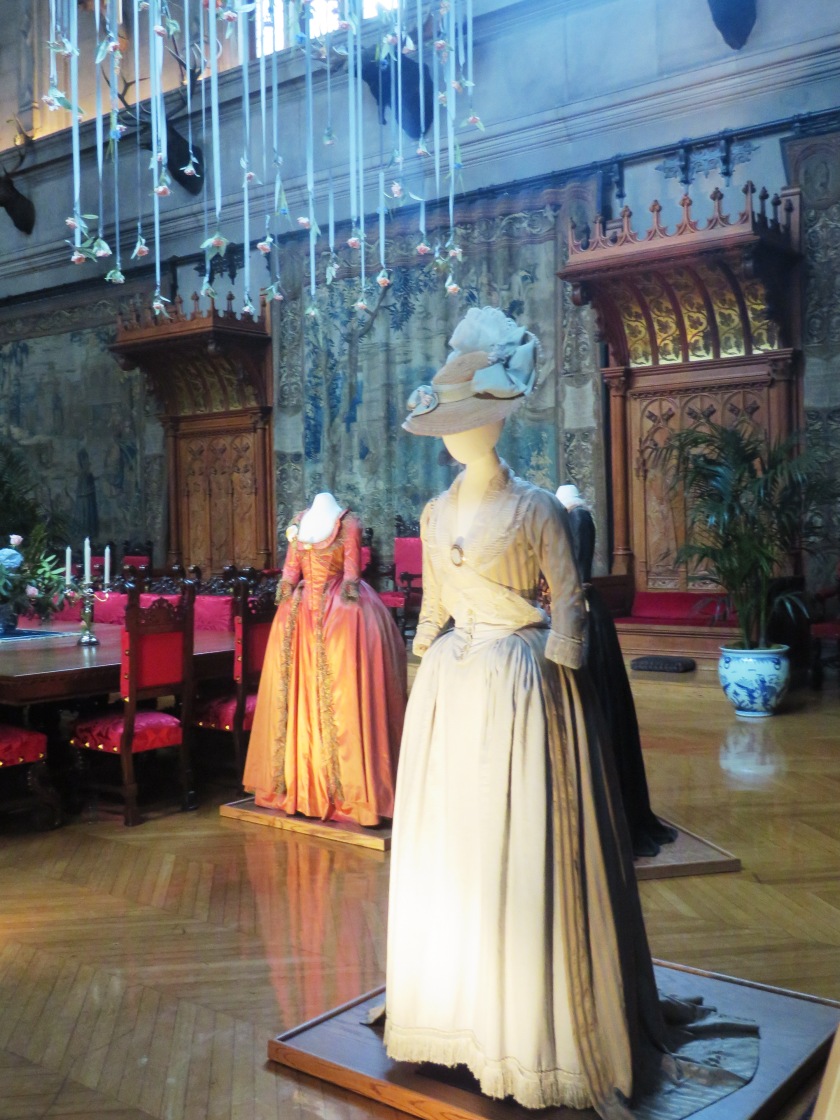 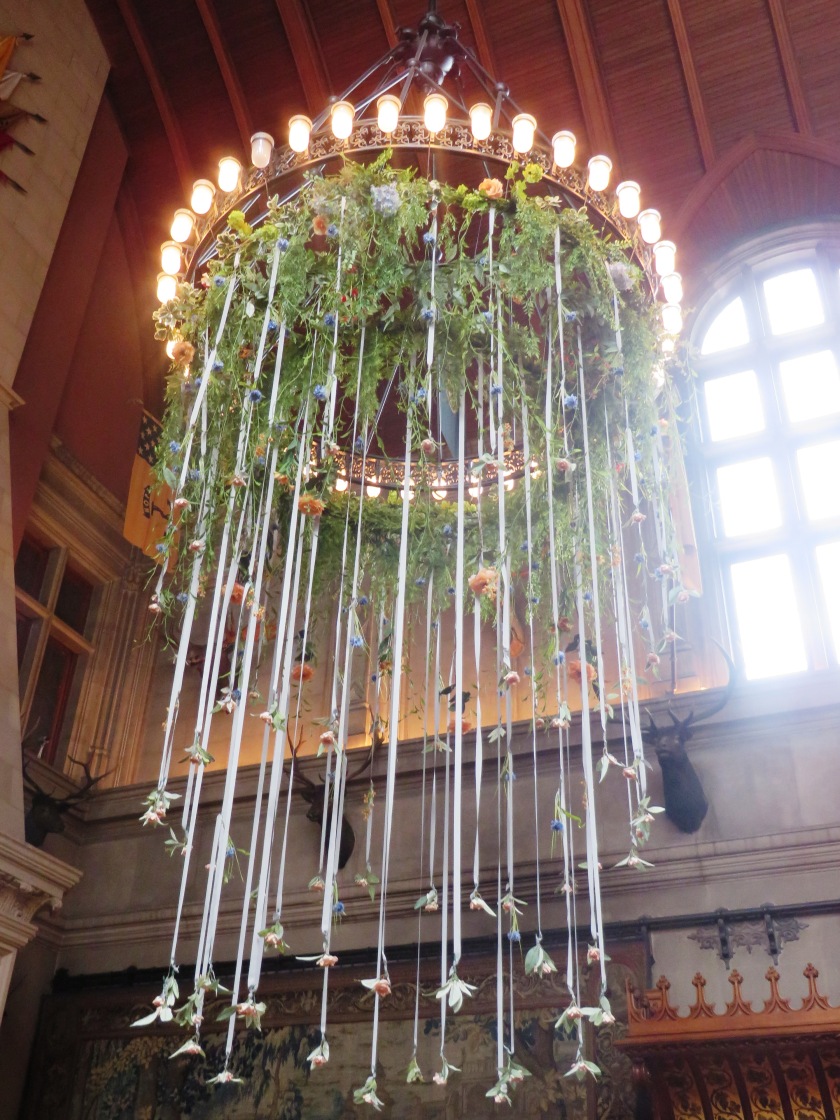 Each dress came with a plaque that listed the film from which it was from, who wore it, and from which era. 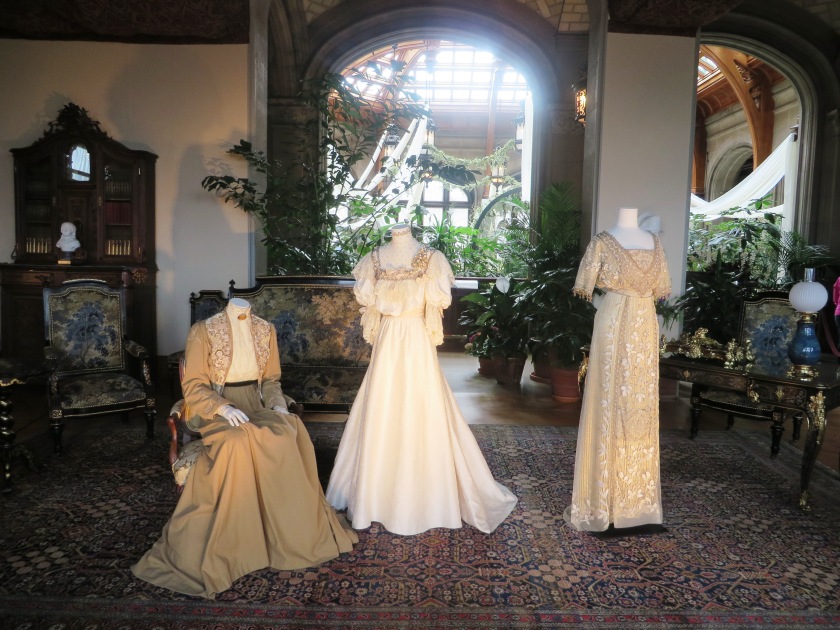 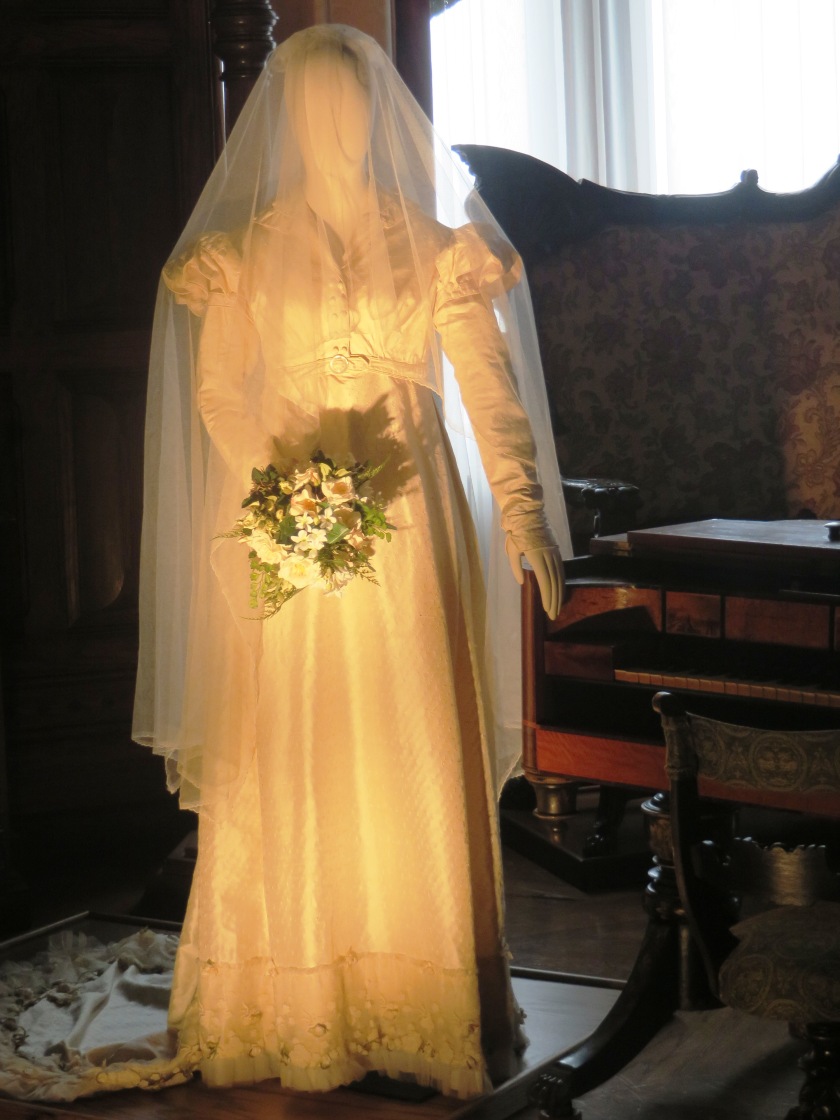 During the colder months they don’t open the balcony, but it was really nice on this particular day. The view is always incredible. Now that spring and summer are around the corner, everything will turn green and it will be even better!

As a book worm, Ashley’s favorite room in the house is the library. 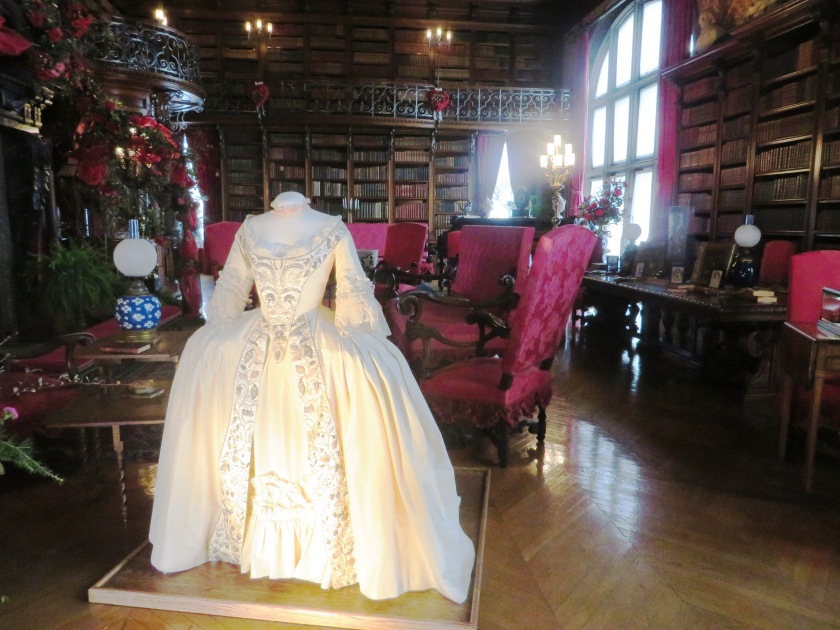 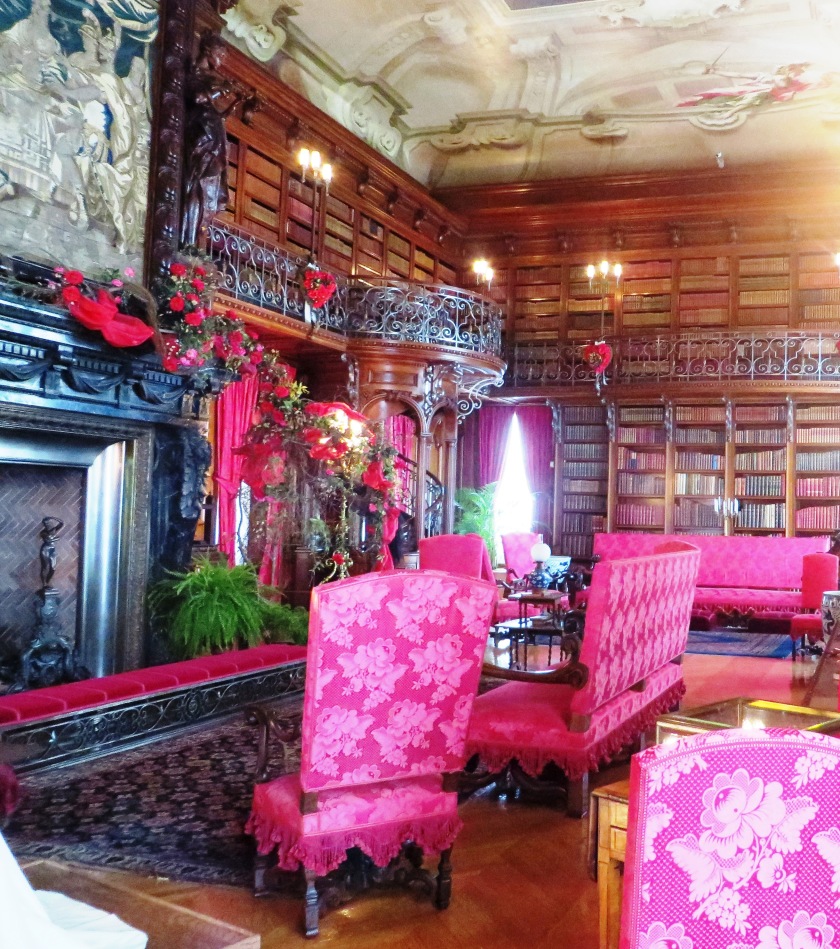 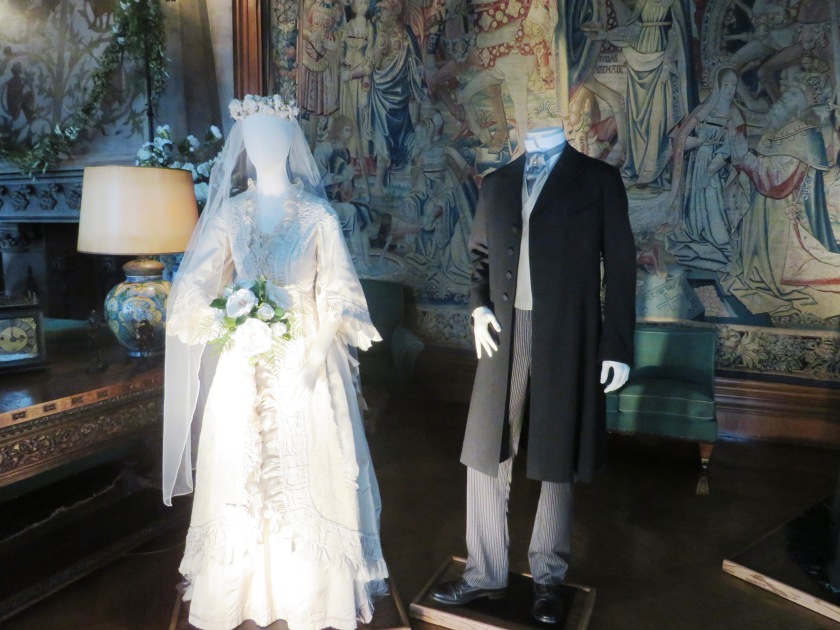 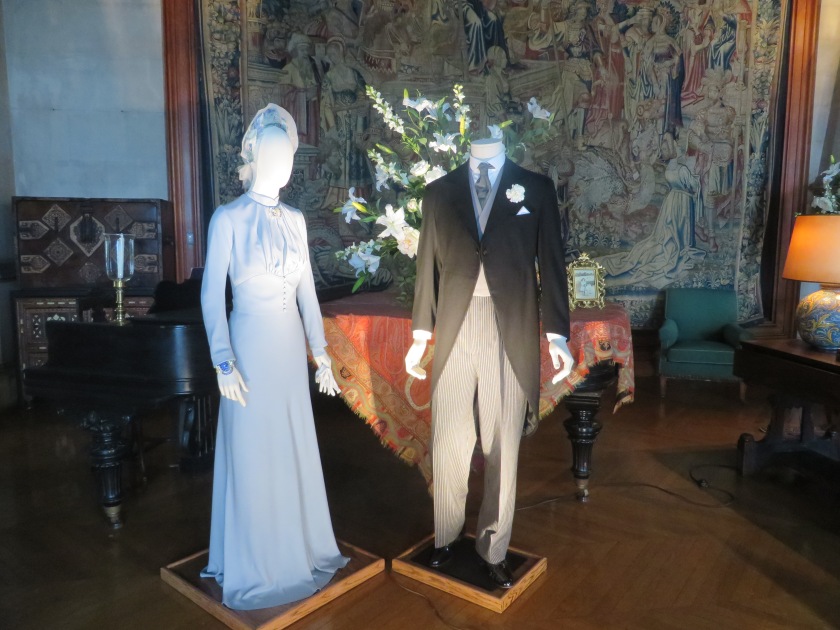 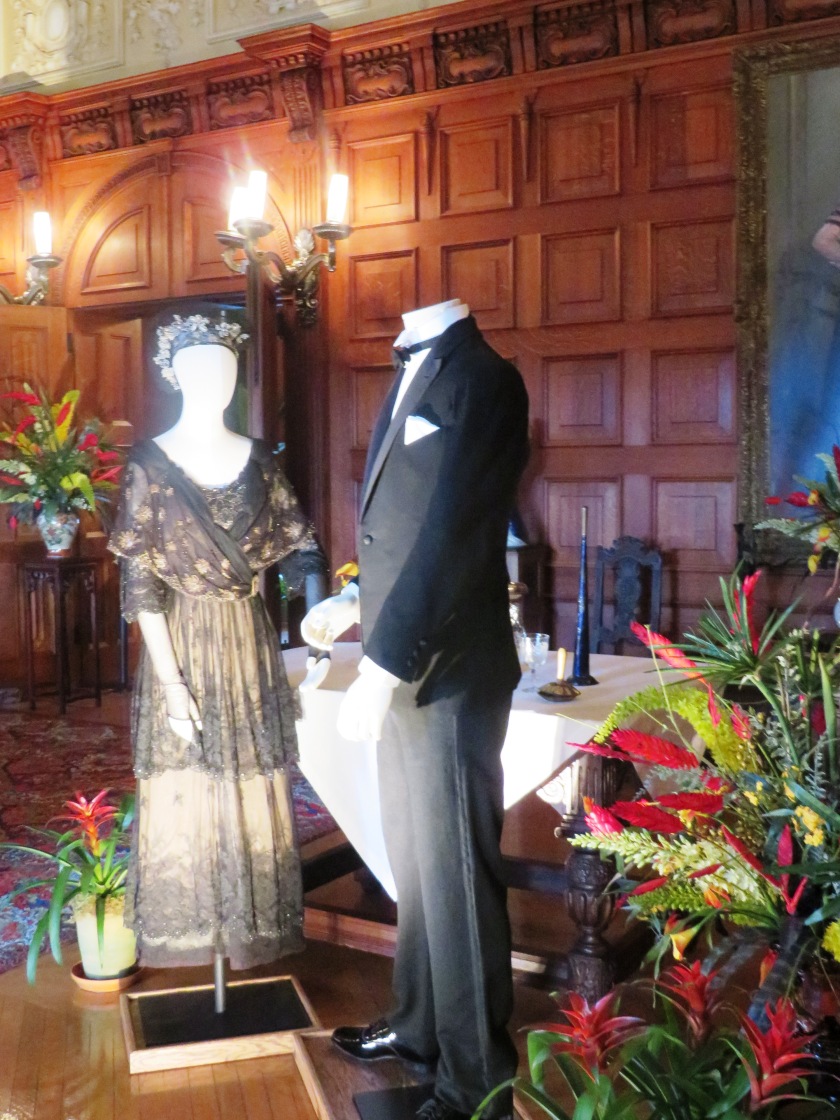 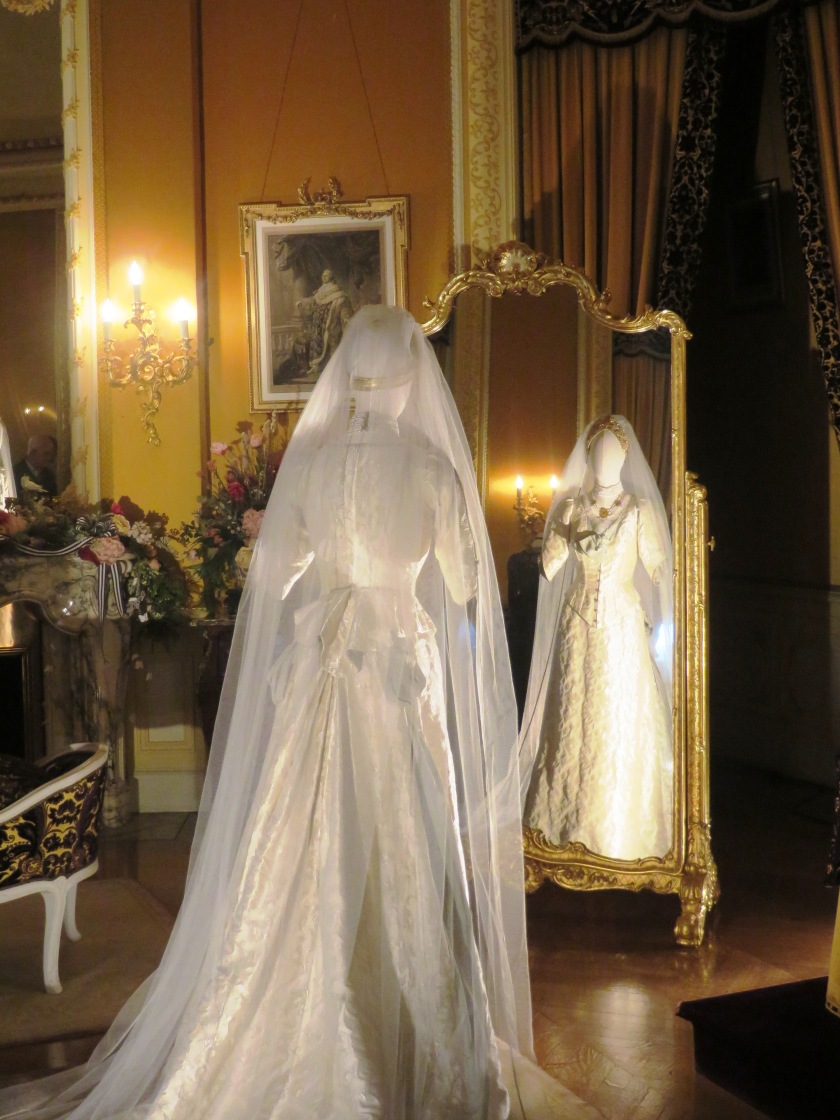 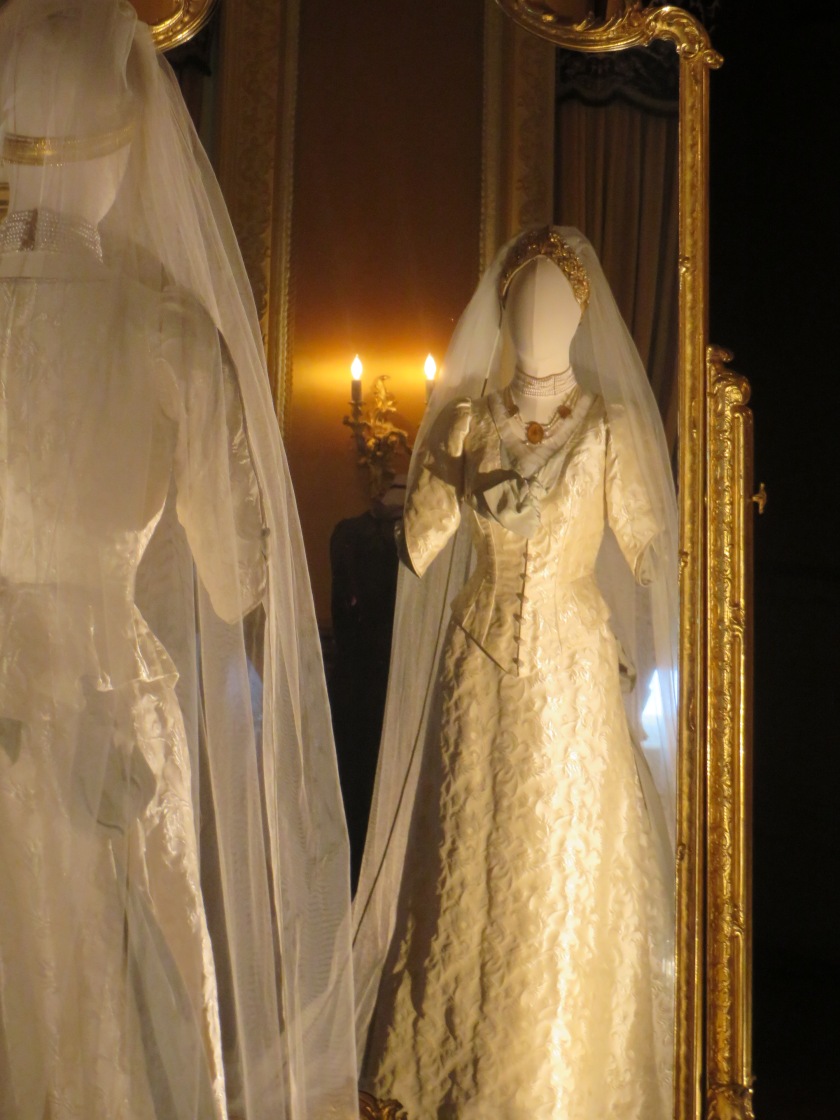 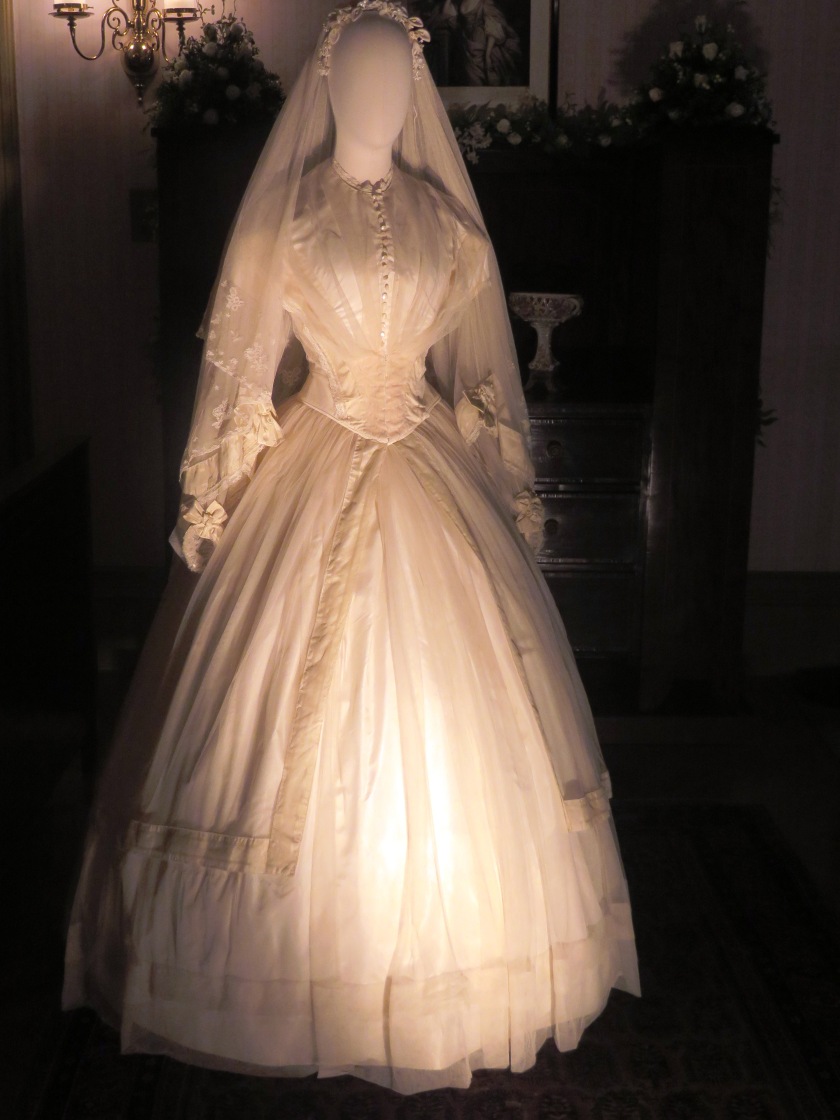 It was amazing to see how all the dresses evolved throughout time. It’s also crazy to think about how different they all were compared to your modern day bridal gown. If you love film and bridal dresses, then we recommend stopping by! The showcase will remain until July. 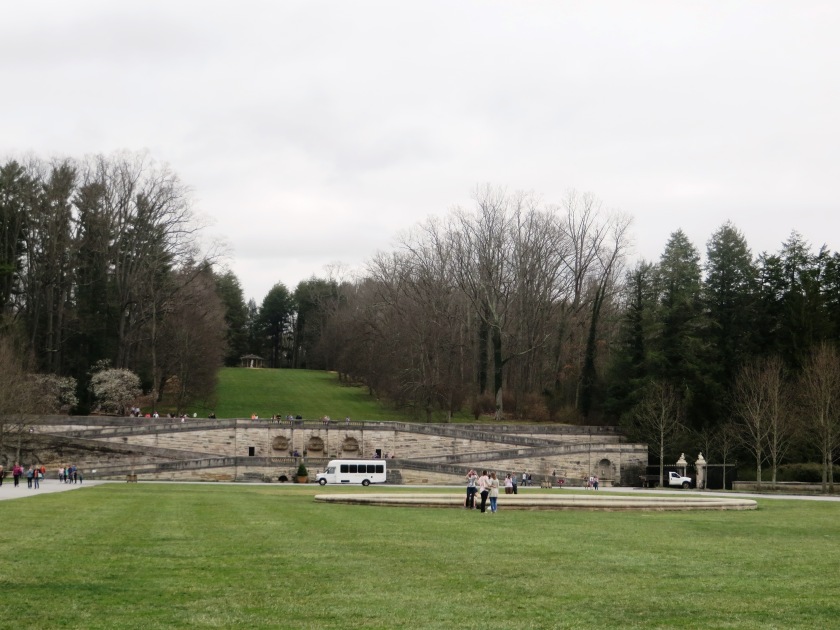 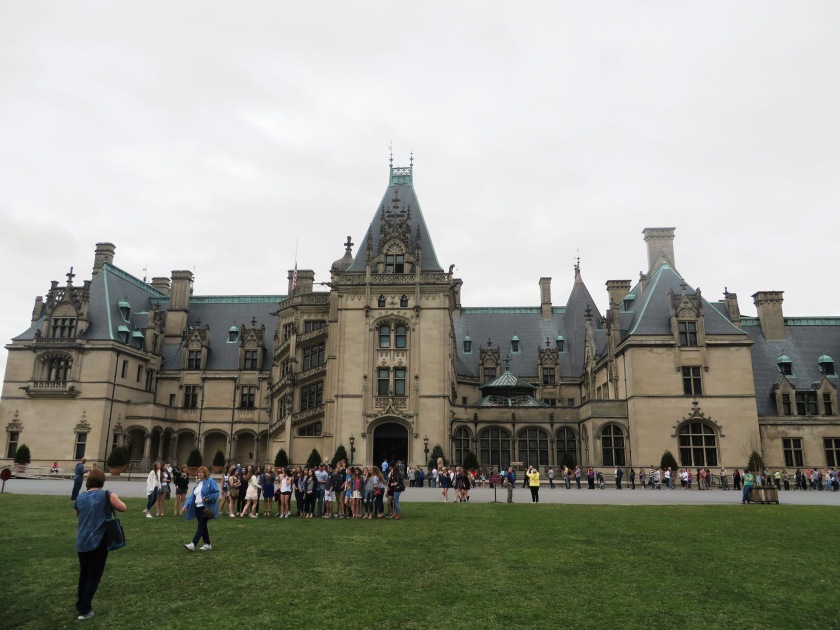 We arrived at the house around 11am and were surprised at how many people were inside the house. When we called to make reservations, they told us there was no need and we were able to walk right in. For being a Friday afternoon, we didn’t think it would be busy. When we came out, the line to get in was super long! You can see in these pictures just how far back it goes. Thank goodness we came when we did! 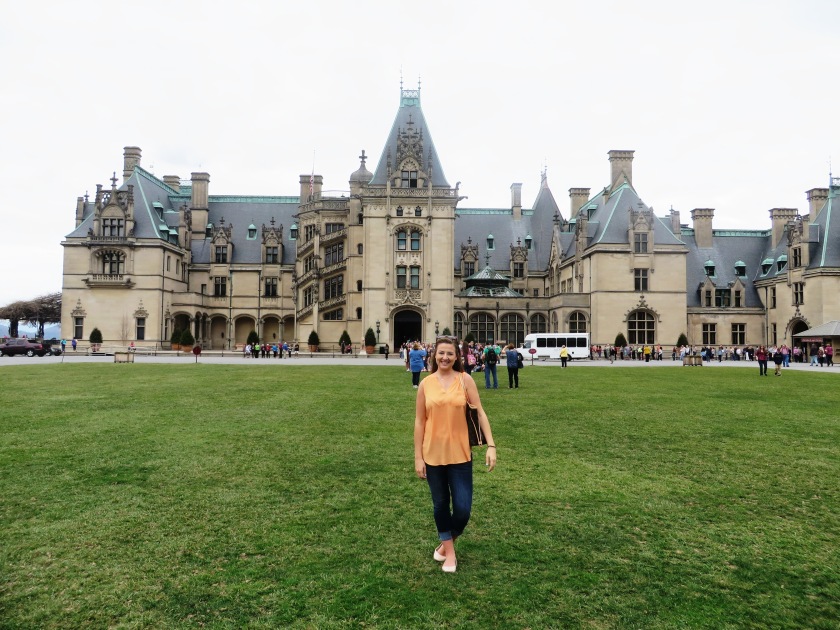 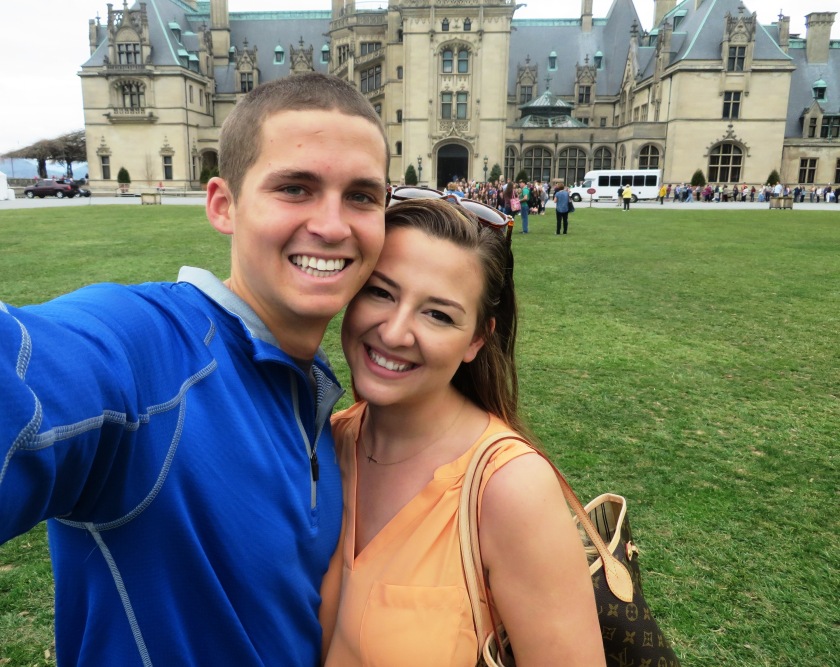 The outside venue is Taylor’s favorite part of the house! 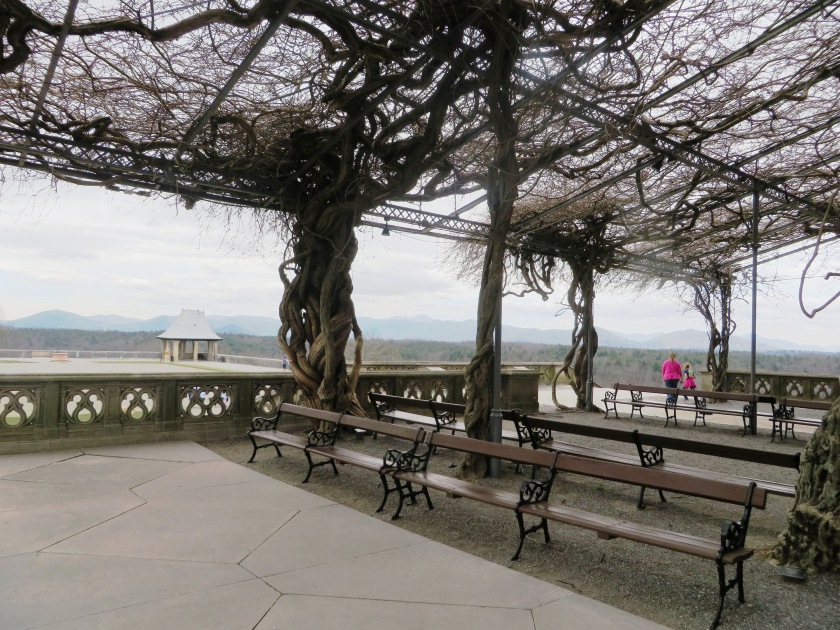 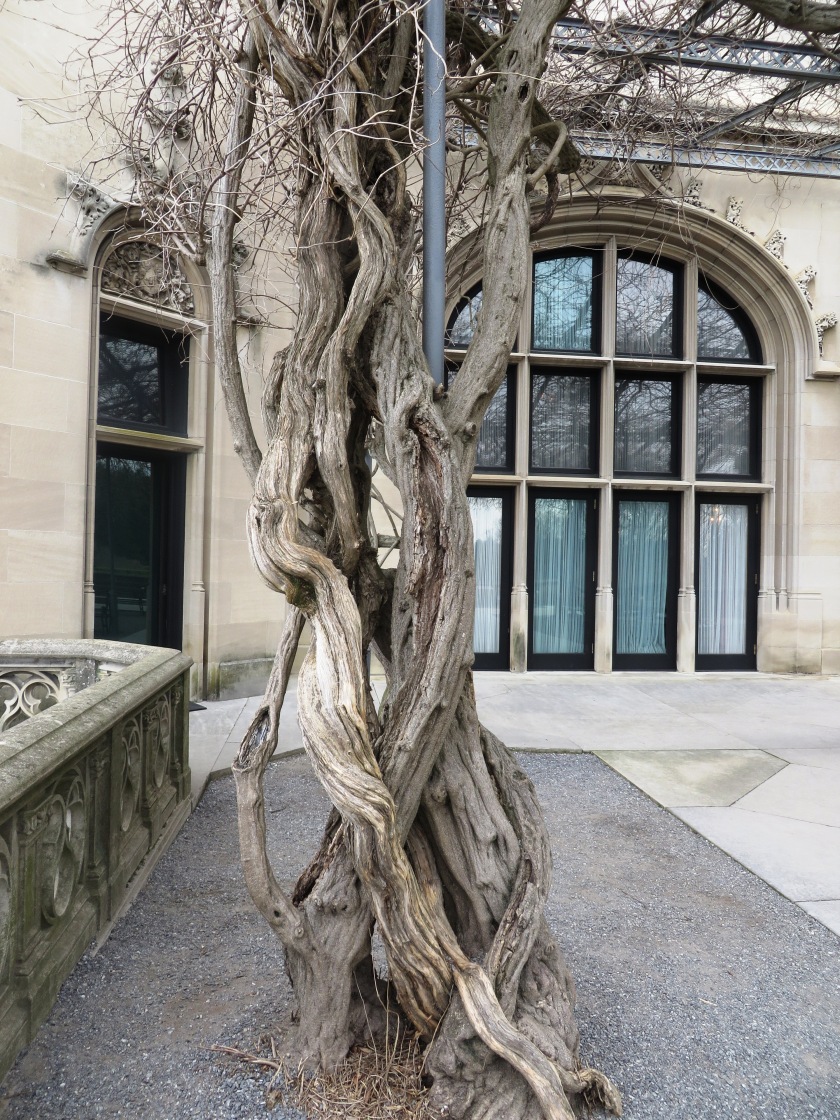 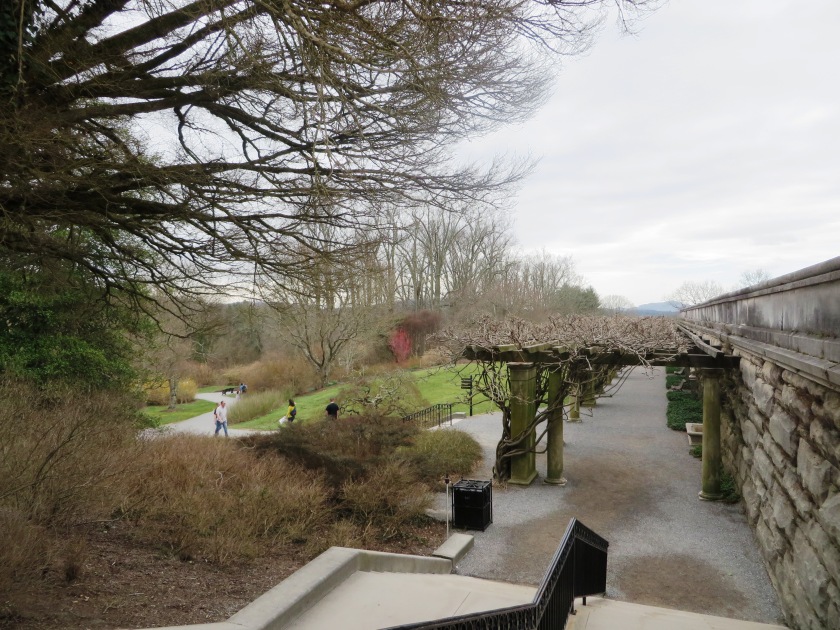 If you follow this path, it will take you to the gardens. Here’s some pictures from the Garden last summer… 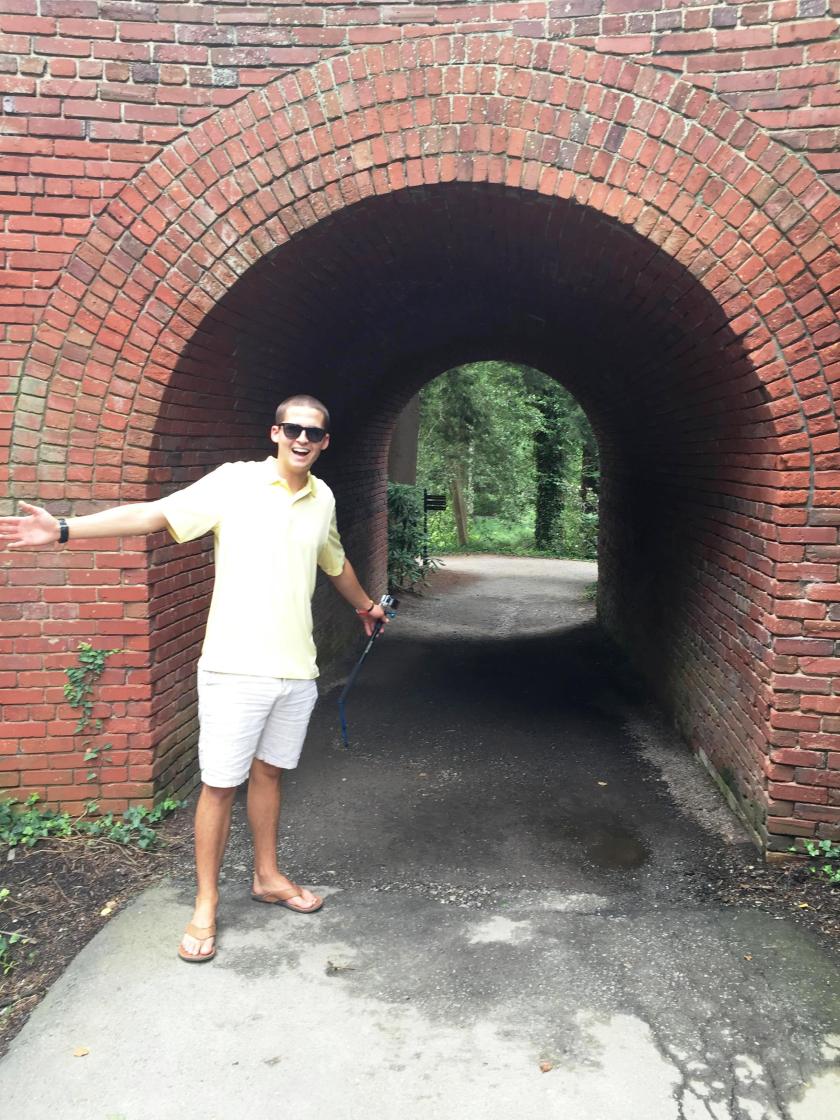 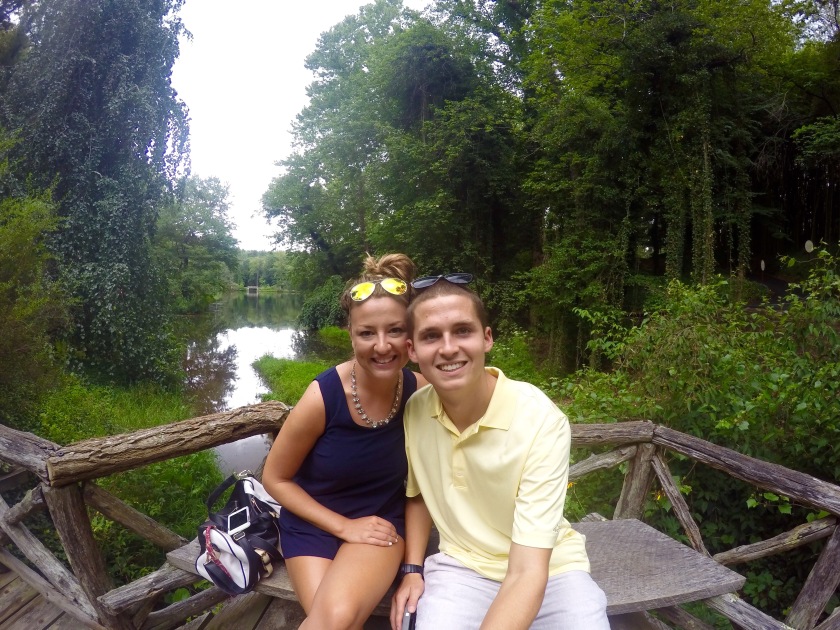 3 thoughts on “Bridal at Biltmore”