Hello! This is Taylor speaking (writing)… I am not too great with writing so Ashley is helping me write this post. Ashley wasn’t able to make this trip so I was tasked with taking the pictures and remembering what all we did. Luckily for everyones sake Ashley is going to help me get my thoughts onto the page in a way that is understandable and readable. So here we go…

Bright and early Friday the 8th we flew from Charlotte to Chicago with Southwest Airlines. We had a 2-hour layover scheduled, but it ended up being about 6 or 7 due to a delay. To kill time, we got snacks and walked around the World War II Museum inside the Chicago Midway Airport. Our delay meant that we would miss our tour of the Hoover Dam, but we made the most of the day we had left.

We landed in Las Vegas around 1pm local time and needed to get our rental car and luggage. Unfortunately, Southwest lost my grandma’s bags by putting it on a different plane. While they were figuring out the baggage situation, I tried my hand at the slot machine (spoiler alert Vegas was the winner). Once they were finished, we hopped in the car and went to find lunch. 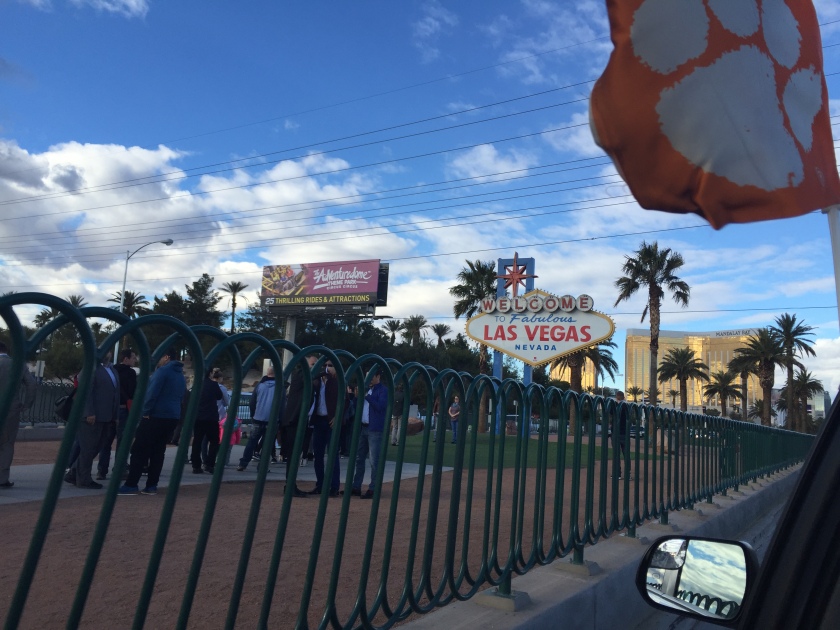 This was my first trip to Las Vegas, and although I was only there for a short amount of time, I was very excited to explore and see what it had to offer. We went to the old strip where we ate at Coney Island Gourmet Hotdogs and visited some casinos. After lunch, half of our group went back to the airport to pick up grandma’s lost bag, while the others went to the new strip and visited New York, New York (where I proceeded to lose a couple more dollars). 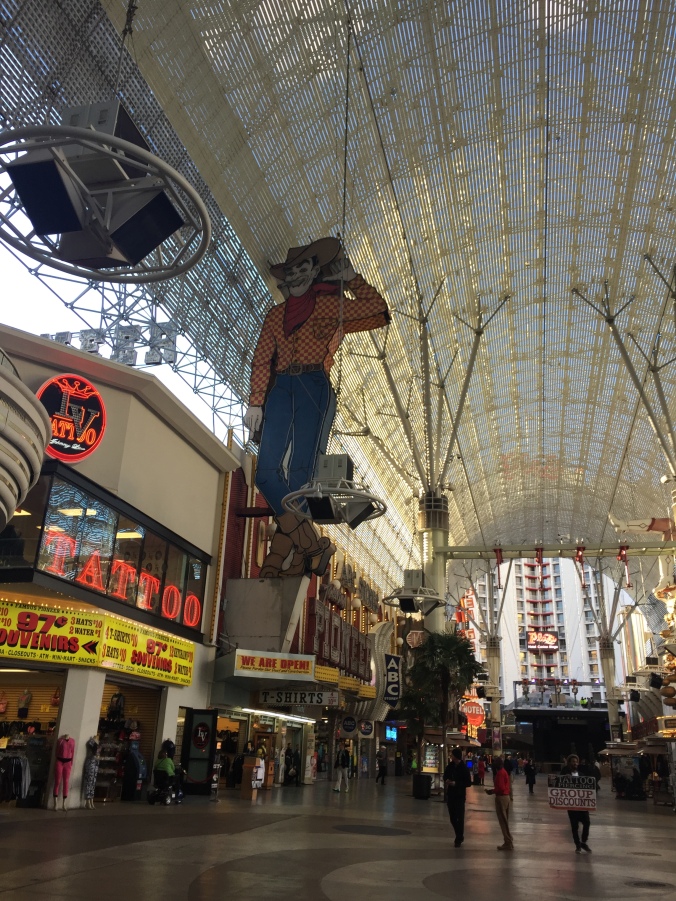 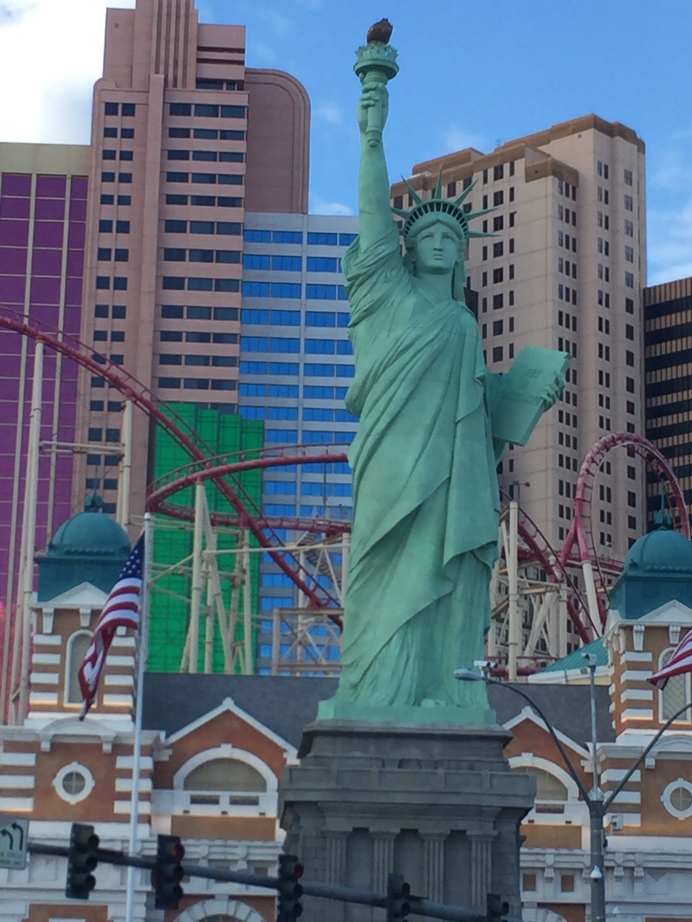 When we were all together again we wanted to watch the Bellagio Water Show. This is one of the most popular attractions in Las Vegas and after watching, you’ll quickly realize why. This free show takes place outside the Ballagio Hotel- Casino and choreographs the water to with catchy songs that will have you staring in amazement. After the show, we were exhausted from our long day of traveling and the time difference, so we started our drive to Kingman, Arizona. Thankfully, the drive only took about 1.5 hours, but of course we stopped along the way for sight seeing and dinner. 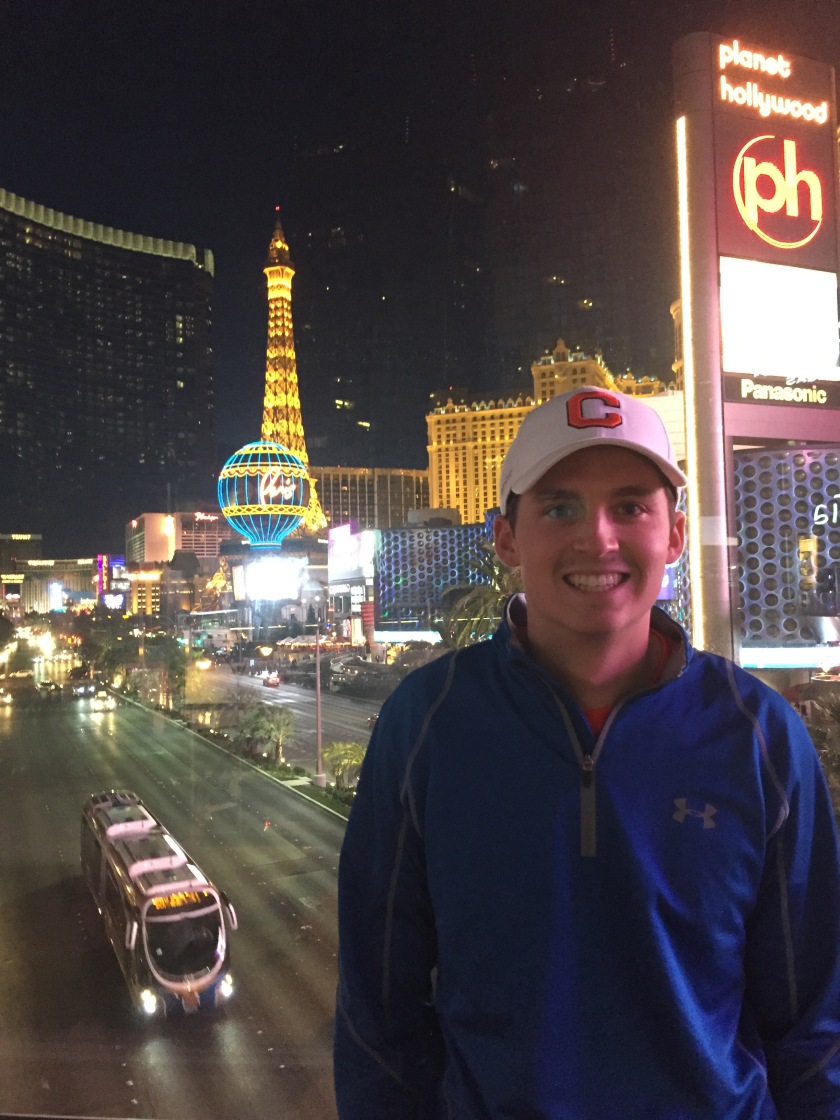 The views were unlike anything that I am accustomed to. Everything is so dry, there are valleys that go on as far as the eye can see, and mountains that pop up out of nowhere. Which is the exact opposite of South Carolina. Nobody could put their cameras down! After driving for a while, we stopped and ate dinner at Mr. D’z Route 66 Diner.

I was on a hotdog kick this day! When I saw that they had a hotdog with mac and cheese AND bacon, I knew I had to try it. I also ordered a side of sweet potato fries. Any restaurant that serves sweet potato fries is the kind of restaurant I want to eat at. Not pictured is the chocolate shake I ate for dessert…

After we ate dinner we finished our drive and checked into our hotel at the Springhill Suites by Marriott. This was such a comfortable, spacious, and beautiful hotel that we all enjoyed staying at. With such a long and exhausting day, we fell asleep pretty quickly.

The following day was dedicated to driving down Route 66 and seeing the Grand Canyon. 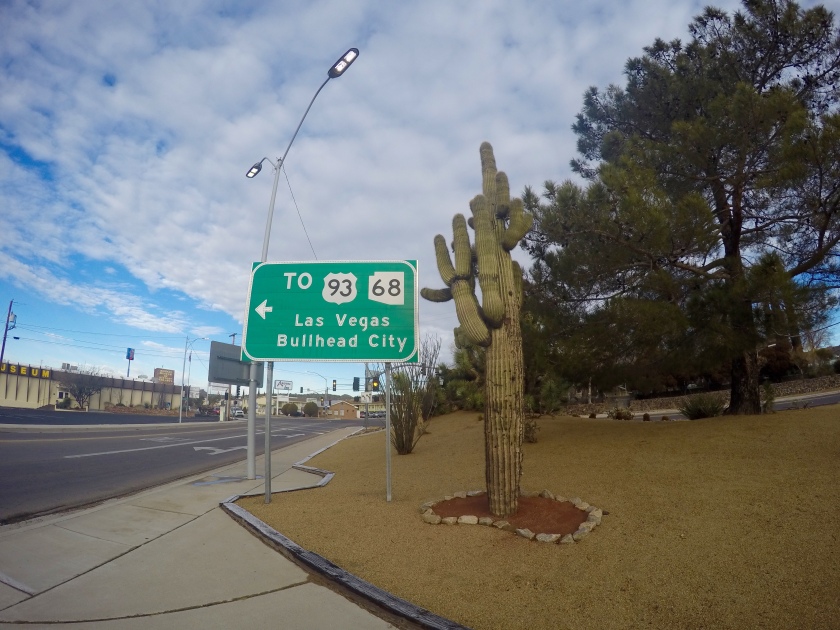 While it was really neat to travel on Route 66, the Grand Canyon was closed due to bad weather. Apparently it was snowing pretty hard in some locations and the roads were closed off. This was a huge bummer because we were really looking forward to it. 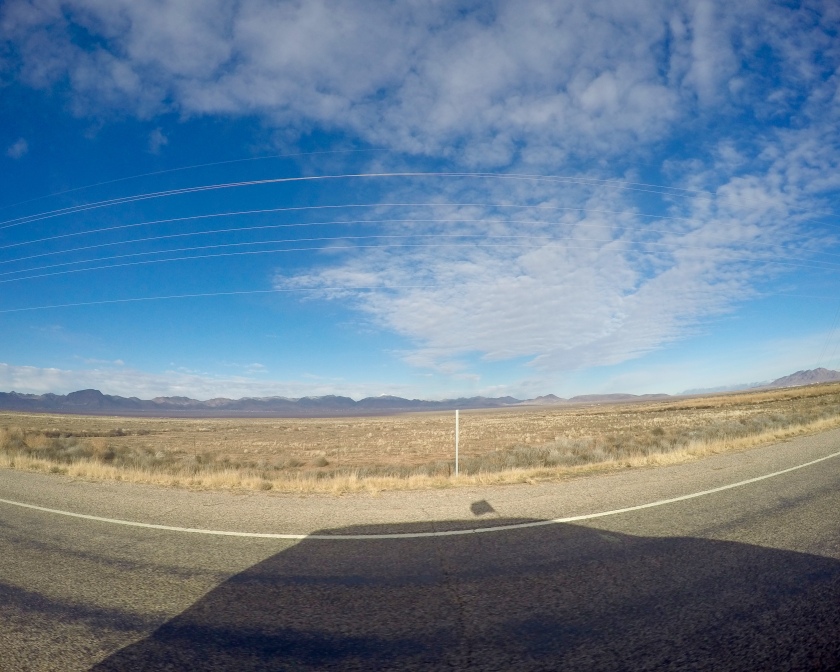 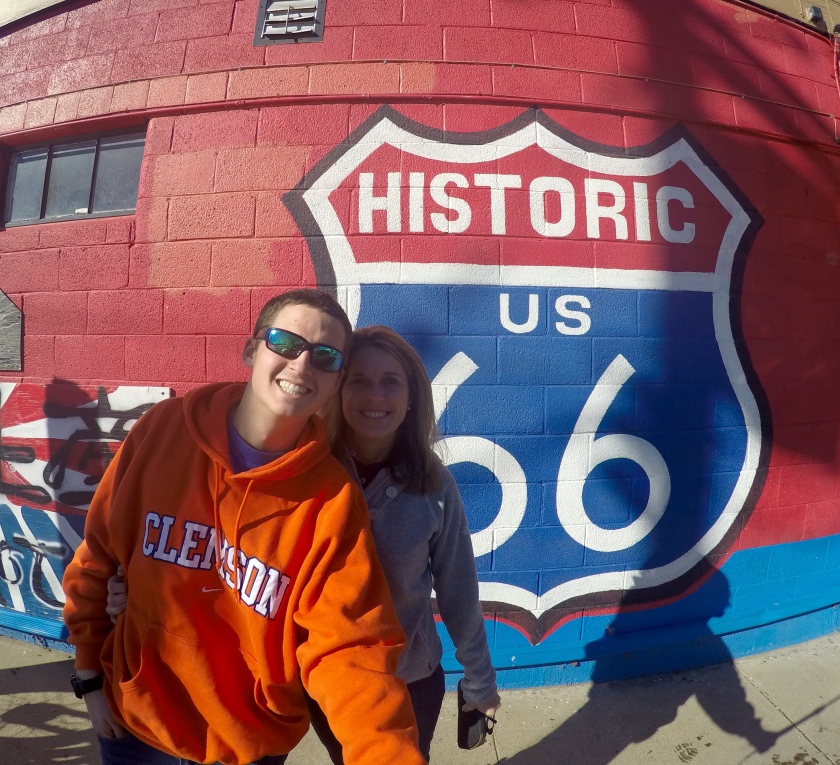 As we were driving around, we weren’t seeing any snow, but the the higher in elevation we got the more snow we saw. We could have gone a little further, but we were in a rental mini van and didn’t want to take our chances.

Route 66 is full of strange oddities along the way. We past a dinosaur park, the worlds largest map, some unique stores, and several towns claiming to be the birth place of route 66. 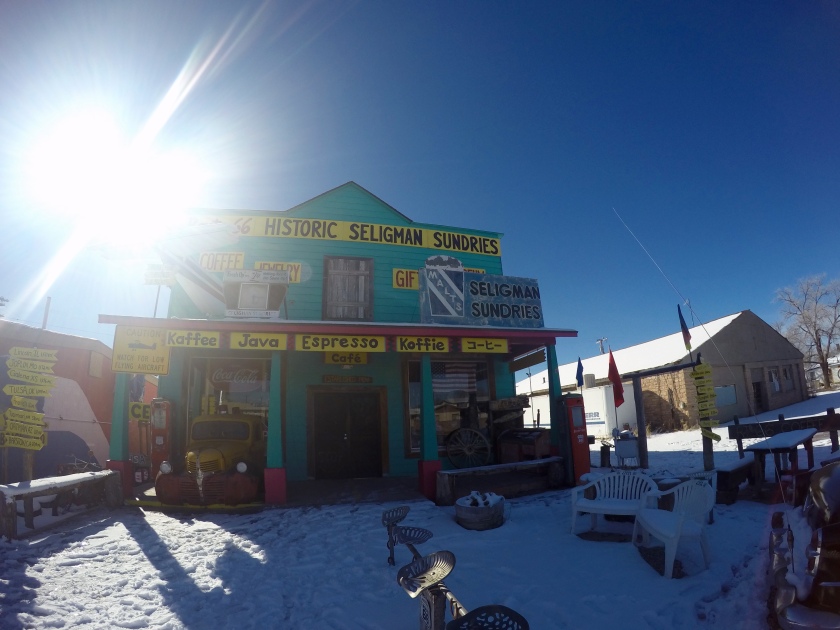 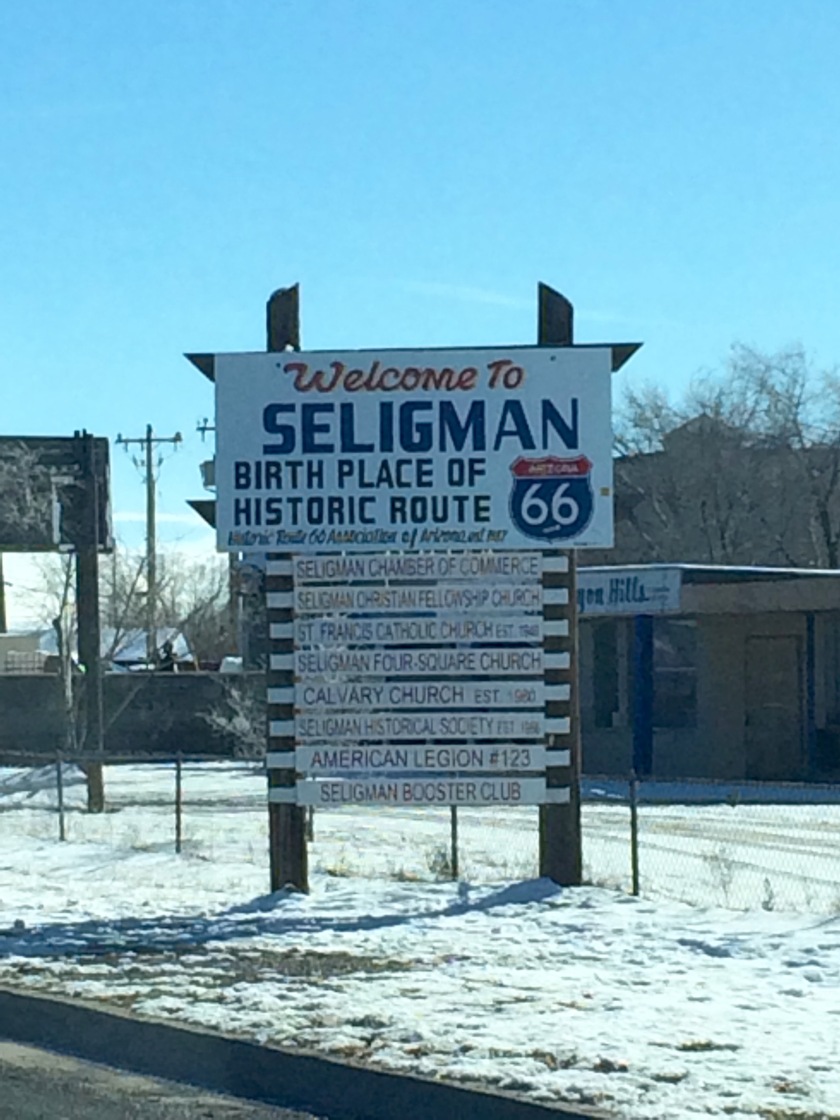 We made several stops along the way for pictures and then lunch! We chose to eat at Rosa’s Pizzeria in Prescott, Arizona. The restaurant was fantastic with a wonderful staff. We split mozzarella sticks, garlic knots, a Sicilian style pizza, eggplant pasta, a chicken Alfredo pizza, and a cannoli for dessert. We love our pizza places. 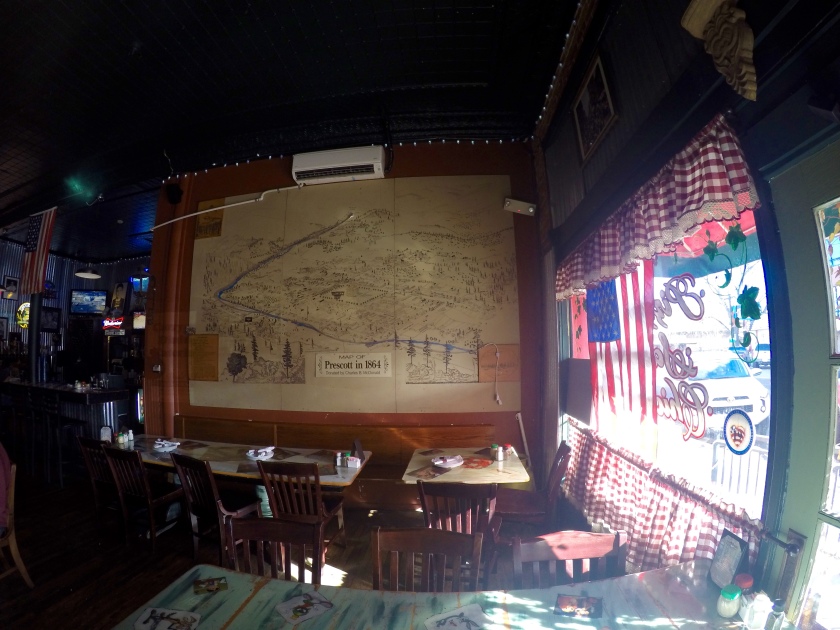 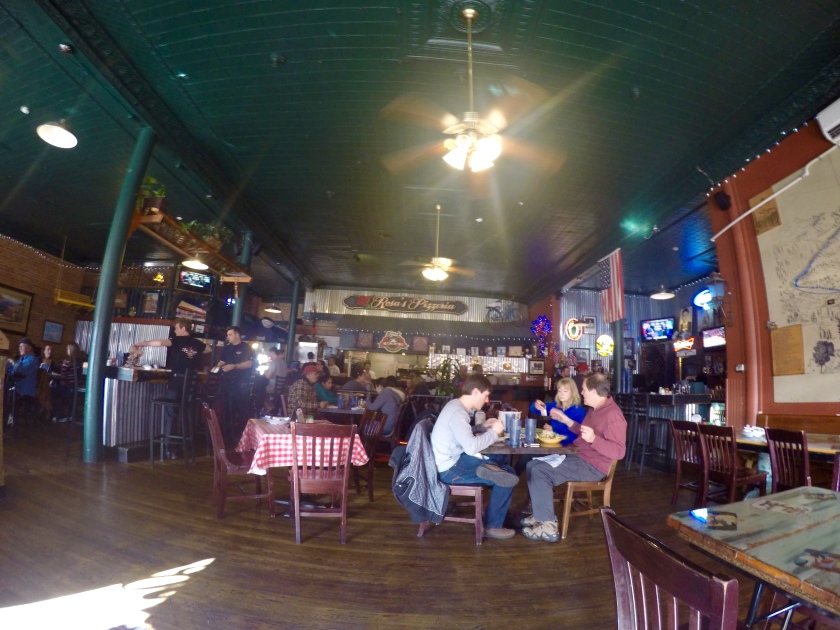 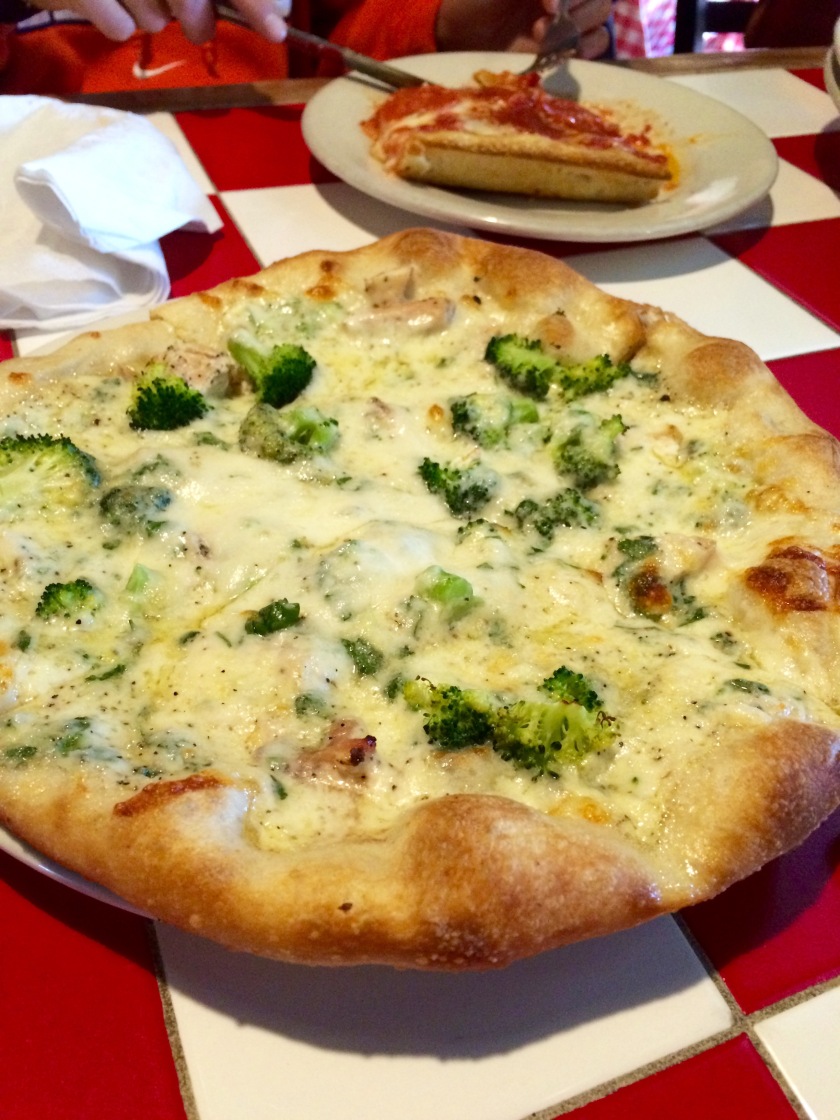 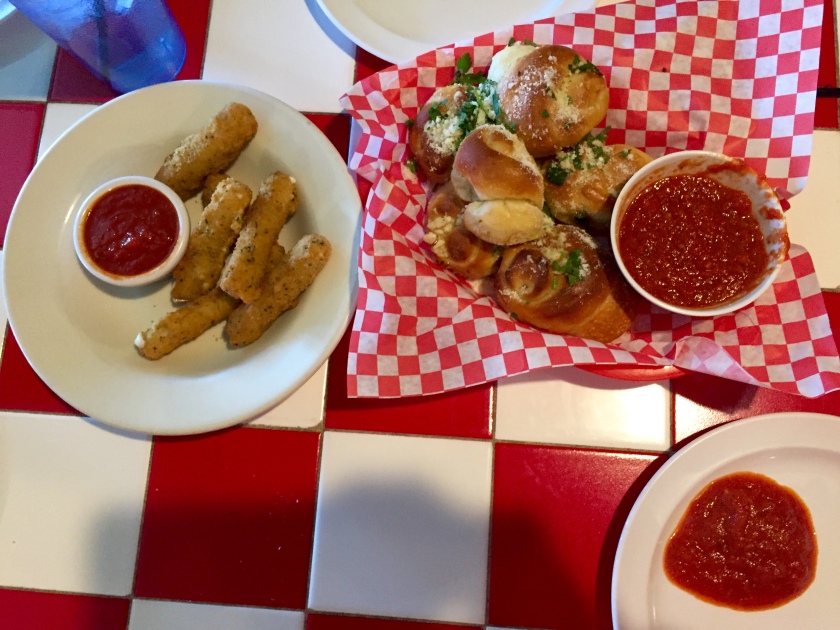 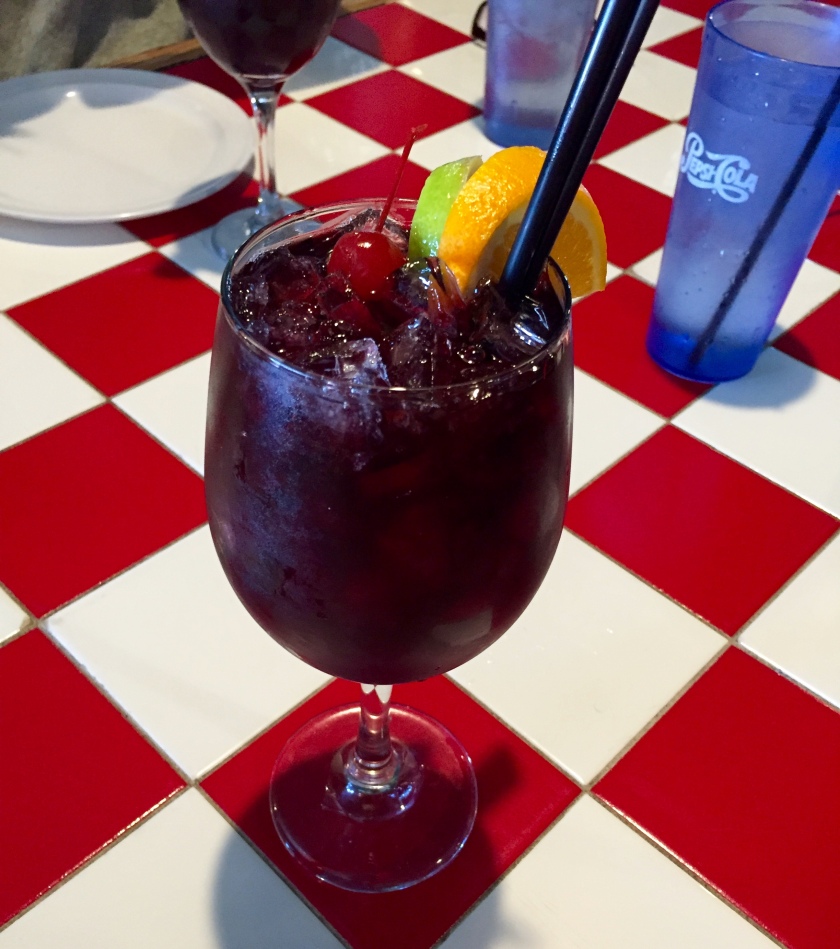 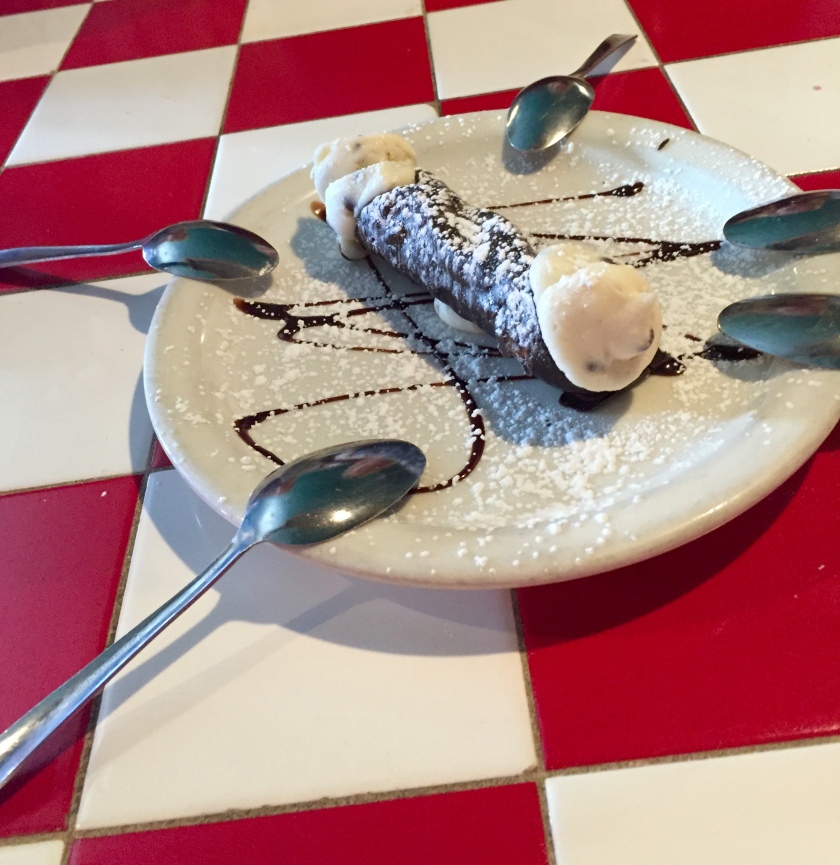 After eating until we stuffed ourselves full of food, we drove to the Sonoran Dessert where we watched the sun go down. 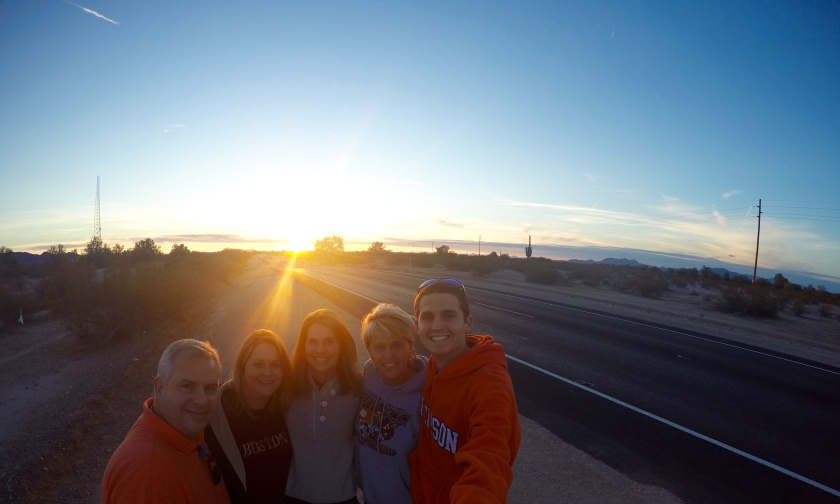 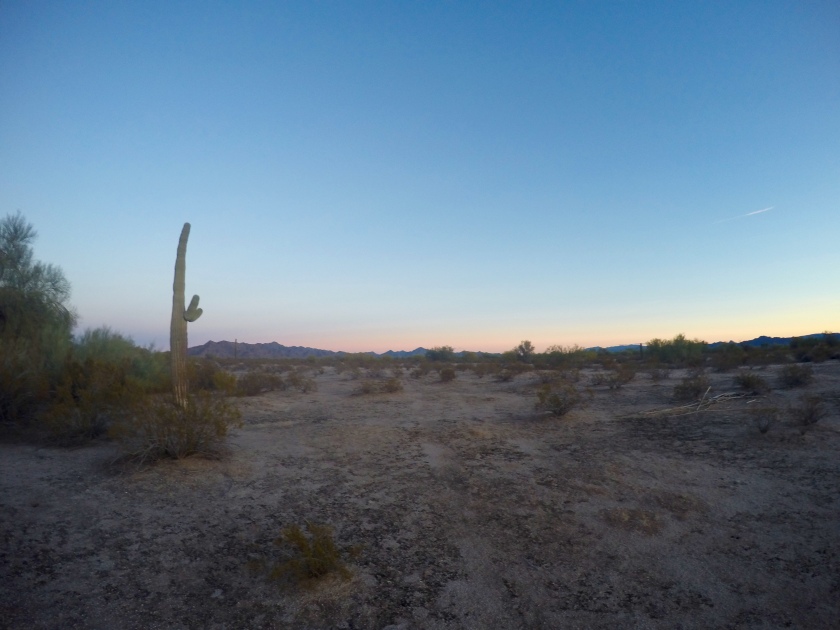 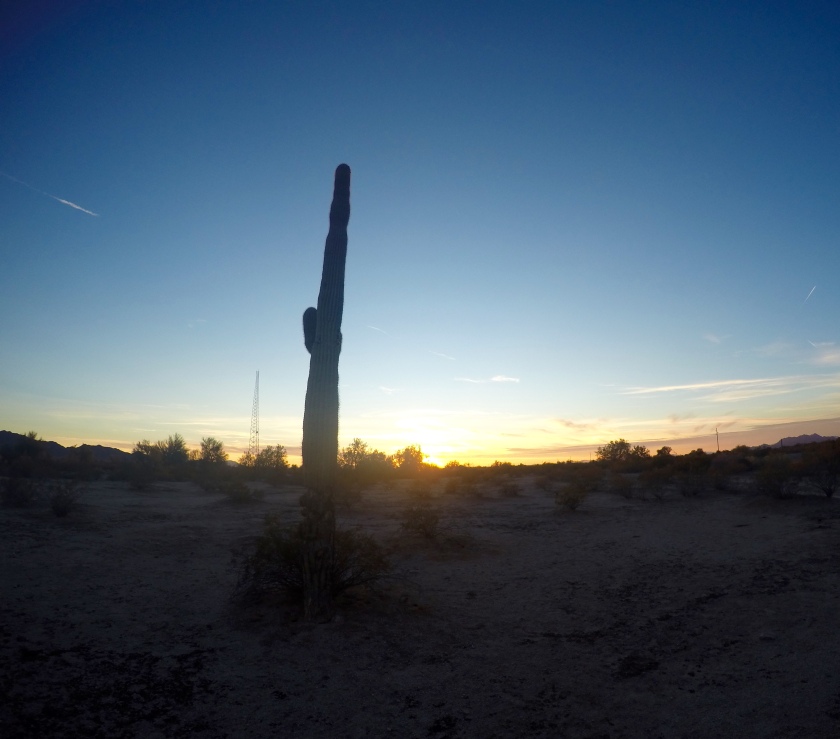 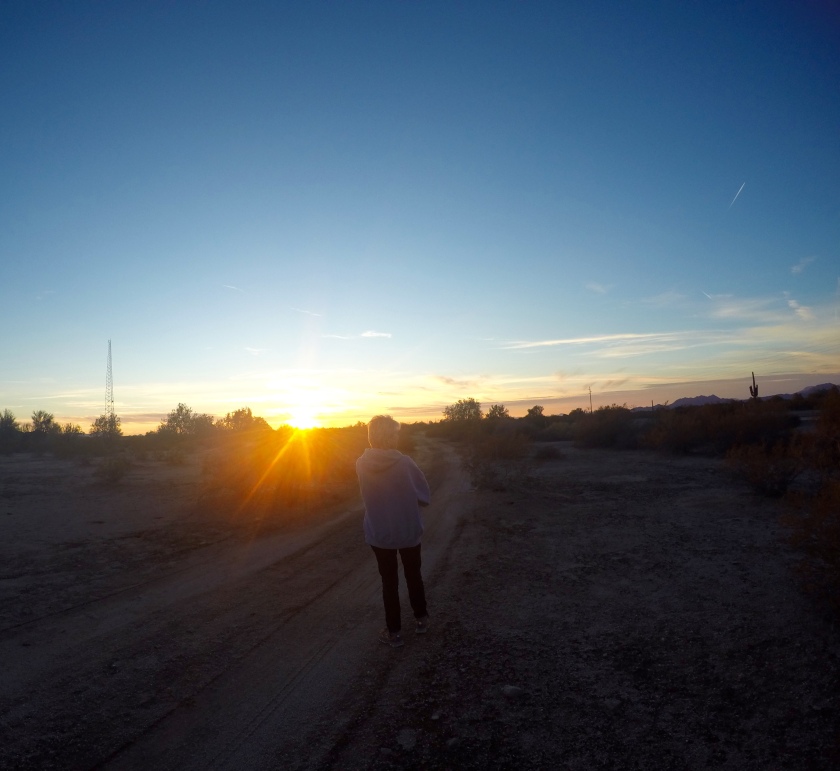 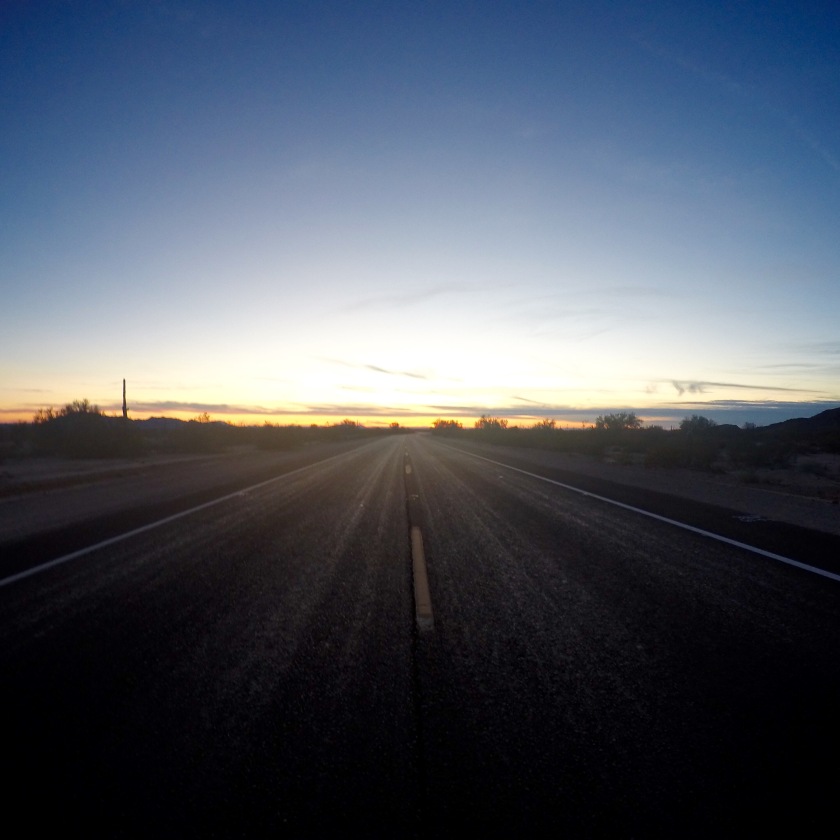 The following day we work up early from excitement because it was GAME DAY!! This was the first time Clemson had made it to the National Championship since the 80’s!! 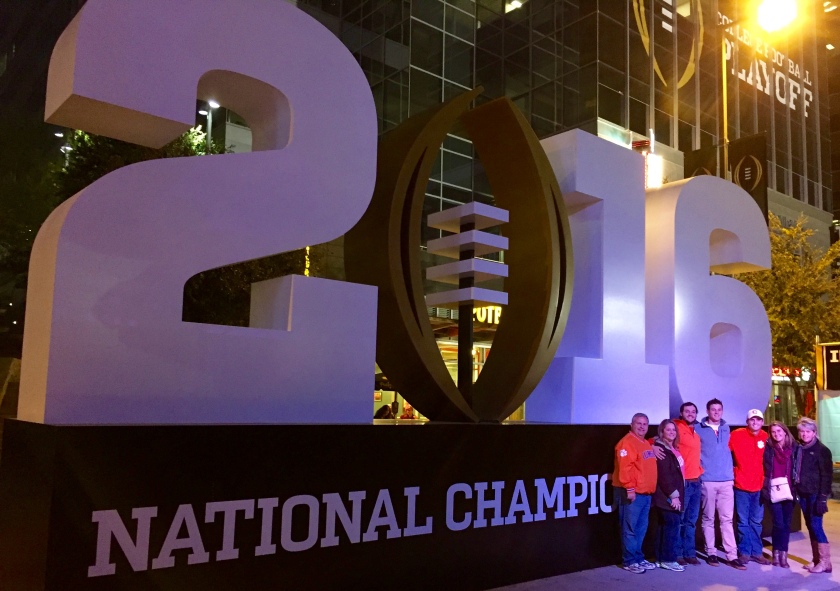 Whenever we travel for away games, we always like to pick up chicken and easy finger foods to tailgate with. We like to get there at least 4 hours before the games (sometimes earlier) so we have time to relax and enjoy good food and company. Clemson has such a dedicated fan base and it’s always really fun to see all the orange and purple!

When it was time for us to go into the stadium, half of us sat down on the lower level, and the other half sat in the upper corner. No seat is a bad seat at the National Championship! 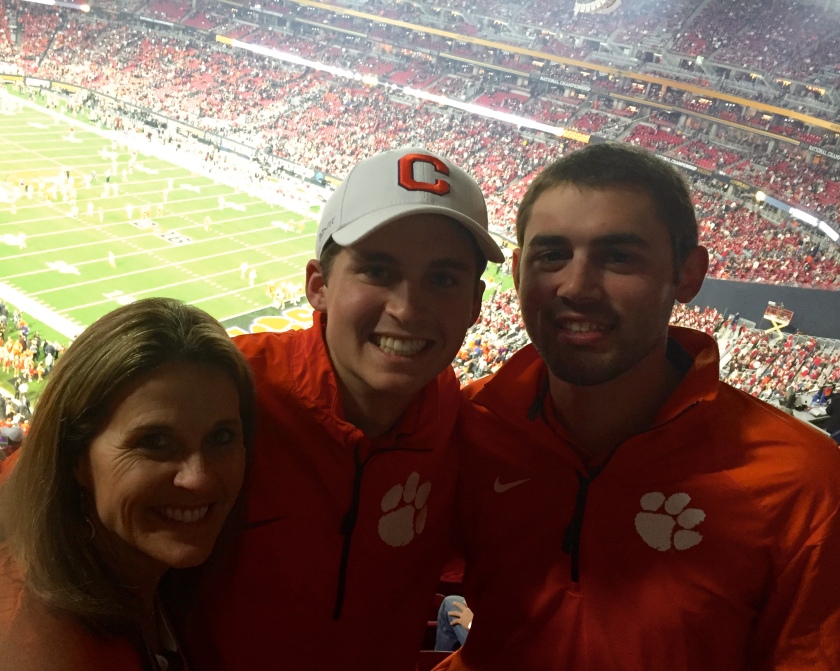 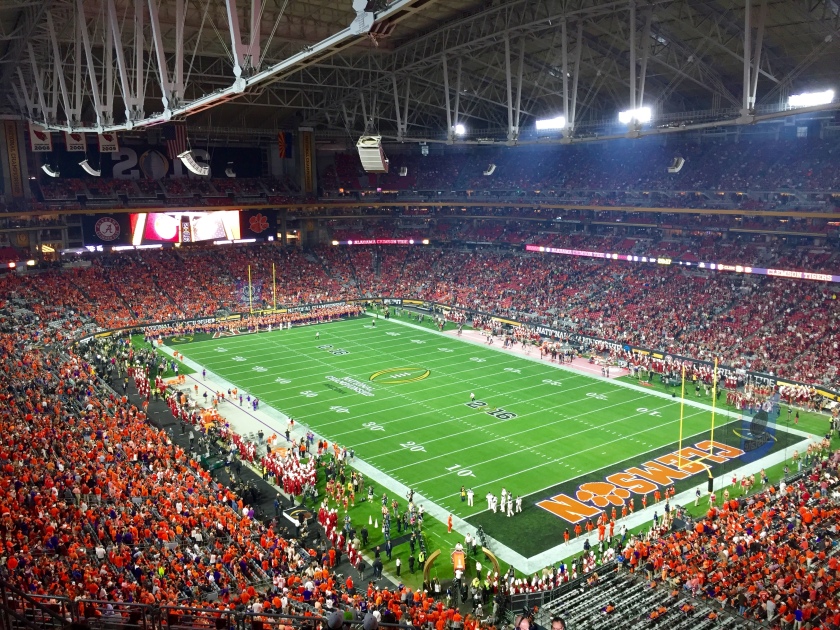 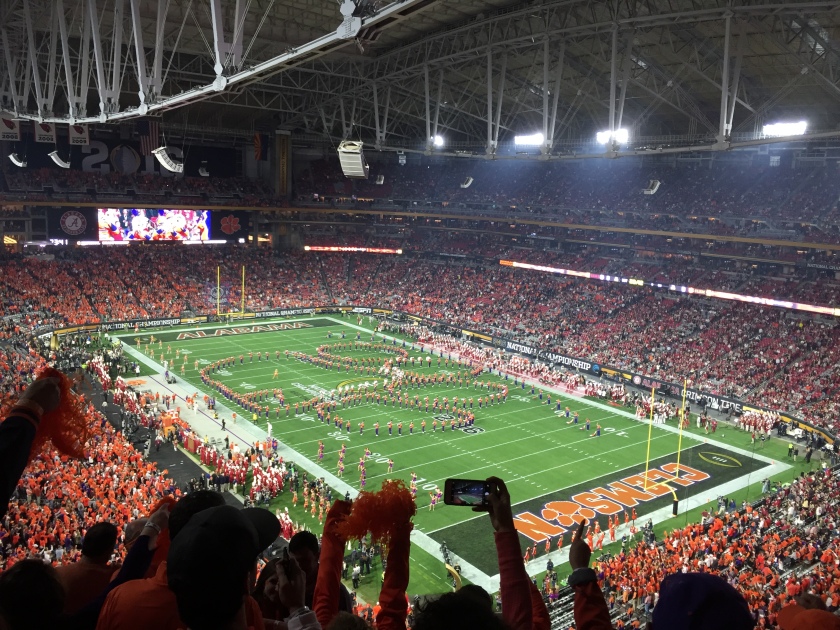 The game was back and forth and very exciting. Although we lost, the players put up a great fight from start to finish. They gave us an awesome undefeated season with many great memories. We’ll be back next year and stronger than ever!

It was late when the game ended and we went straight back to the hotel. The next day we had the whole day to see the Hoover Dam. Trust me there were several dam jokes made. 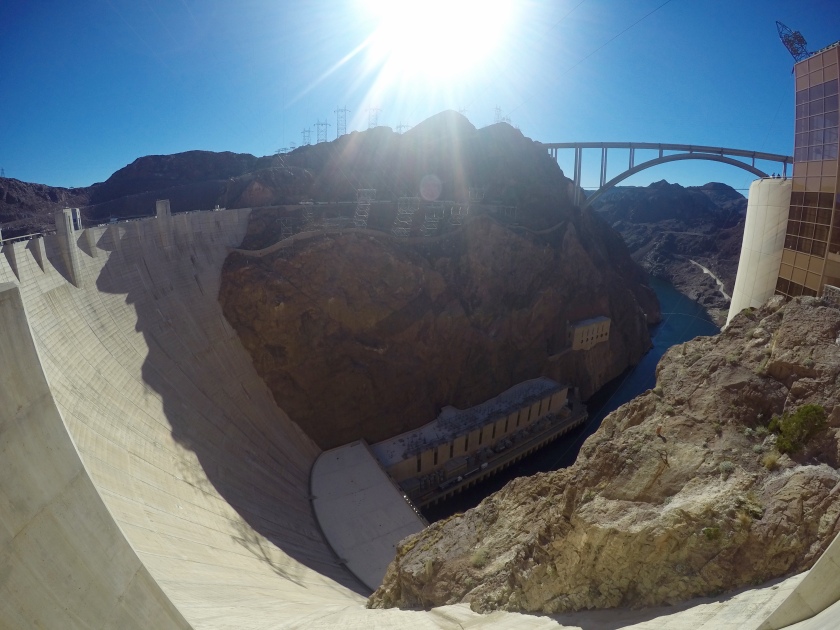 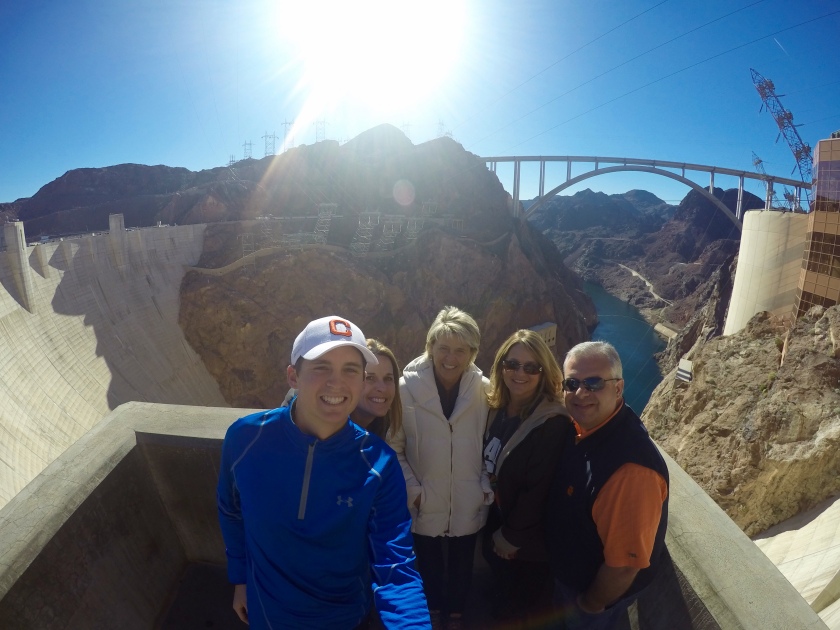 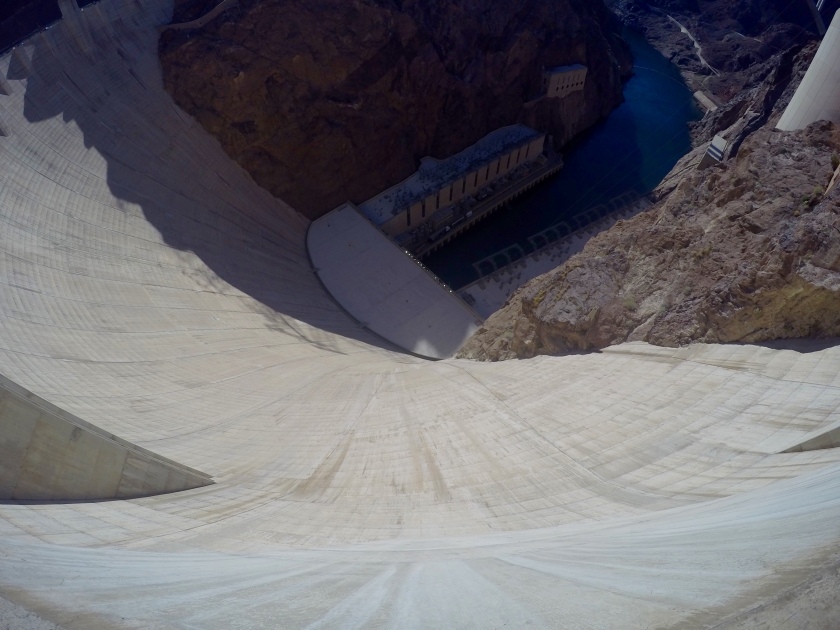 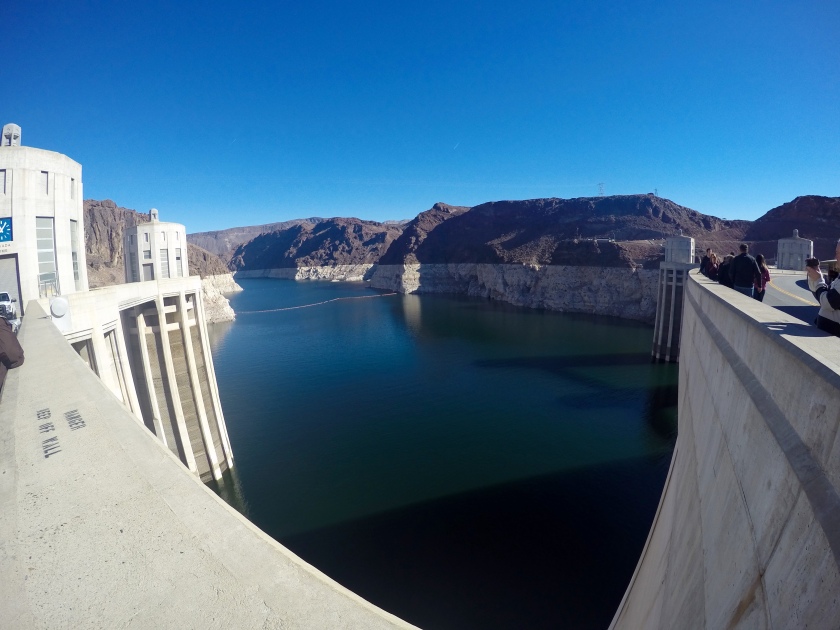 We also made an absolutely necessary trip to In-N-Out to end our time out west.

This whirl wind of a trip ended on a crazy note! Upon arriving in Chicago on our return home, our flight was over booked for our final connection and Southwest was offering a voucher to anyone that was willing to give up their seat, which could be used for future flights and they would arrange another flight home. I volunteered to give up my seat and was awarded with a nice voucher that I will be using for more travel in the coming future!