For our first full day in China, we decided to go visit the hometown of one of Caitlyn’s close friends. While riding the bus, we quickly realized that this was no ordinary bus ride. First off, the bus system is very different than something you would find in America. For instance, in America there would be a large bus company that hires drivers to drive to-and-from certain locations. In China, anyone can own a bus and then decide upon their own bus schedule and rules. This means that the driver makes most of the profit, which means they will let anyone willing to pay onto the bus. Now, there are several checkpoints where the bus is “inspected” (I use this term very loosely) to make sure the limit of passengers does not exceed regulated amount. If there are too many passengers on the bus, the driver will stop and everyone standing will have to get off. The bus will proceed to drive through the checkpoint while the passengers will need to walk past the checkpoint and then get back on. Officials turn their heads on this one 🙂 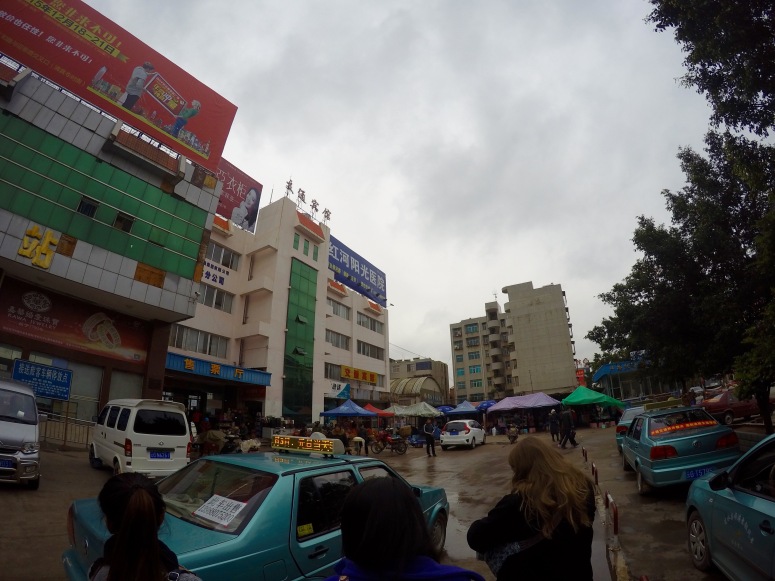 This trip required us to go up an entire mountain and then down again. The “roads” were one-way, all dirt, with no railings. This may have been scarier than playing with unchained tigers. However, the views were unlike anything we’ve ever seen before. We were surrounded by mountains and rice fields. Most tourists don’t venture out to this part of China because they stick to the large cities and attractions, but this was quite the experience. The bus driver even started playing Asian tunes on the radio to top off the journey. 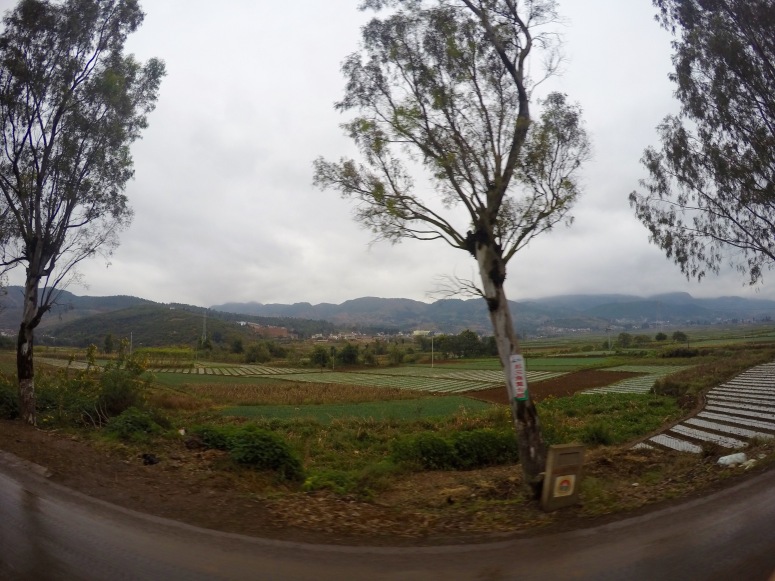 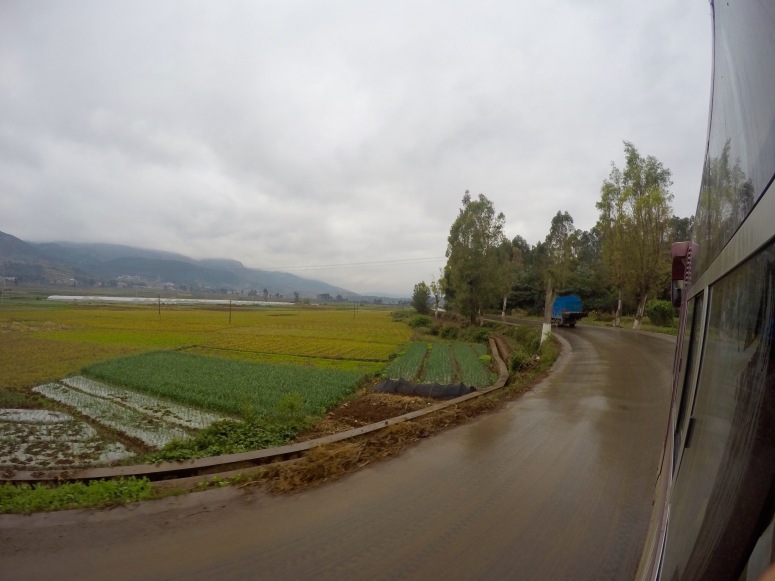 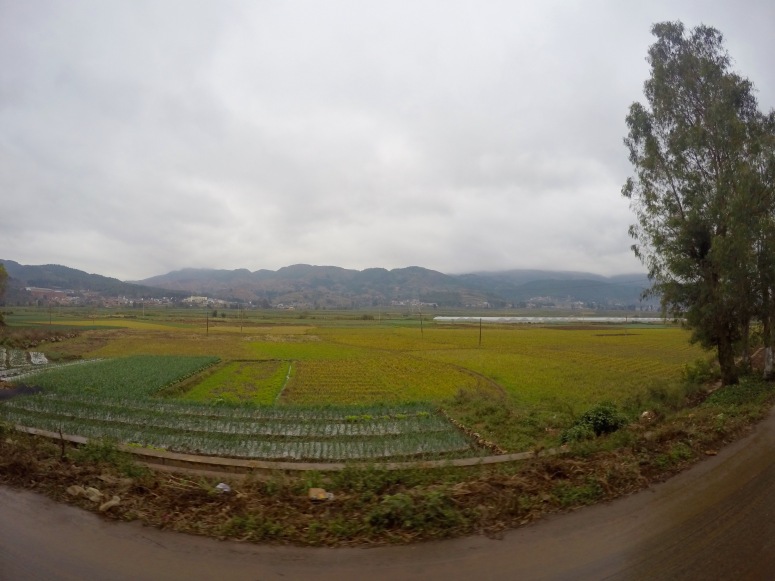 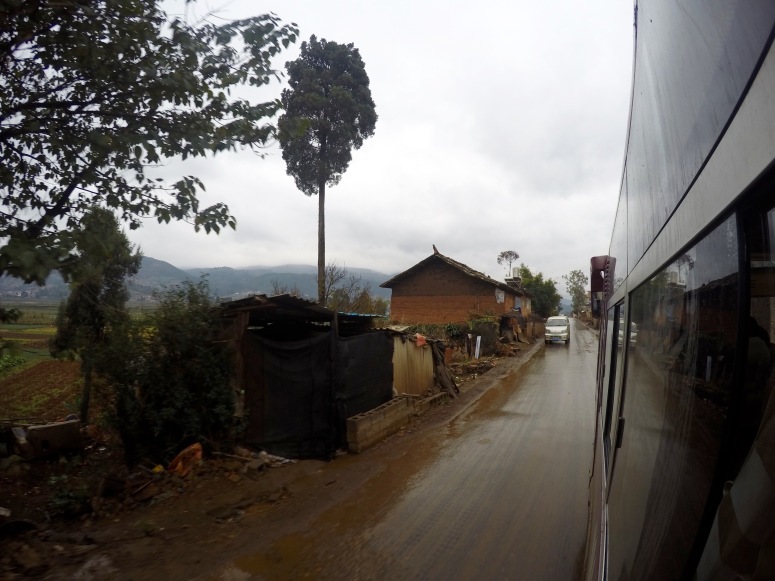 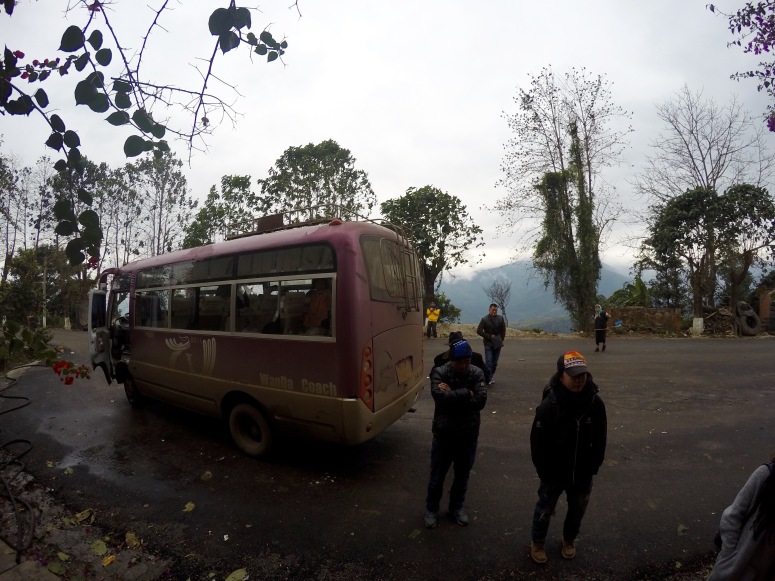 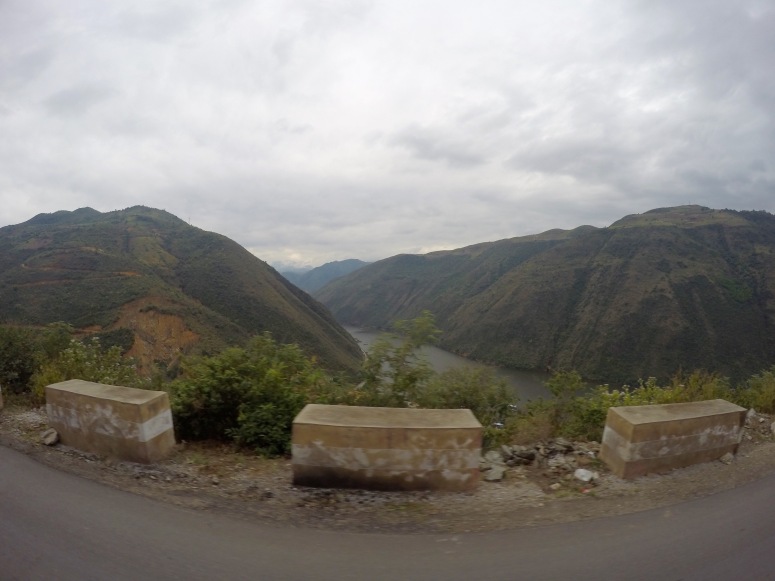 Being in the minority, when you arrive at any bus station there will be several people waiting to harass you into taking their moped or car as a taxi. It’s really annoying, but just ignore them and they’ll go away. I imagine this is what a celebrity feels like 🙂

The first thing we did when arriving was thank Jesus that we arrived safely because we came pretty dang close to those edges of the mountain. 😉 Actually, we went to eat lunch. In these parts of China, anyone can have a restaurant…and by restaurant I mean a room for serving food out of their home. They typically have a large cooler with their fresh vegetable and meats where you pick out what you want and how you want it cooked. In America, these places would be huge code violations with massive sanitary issues, but in the mountains of China this is fine dining. Ha! 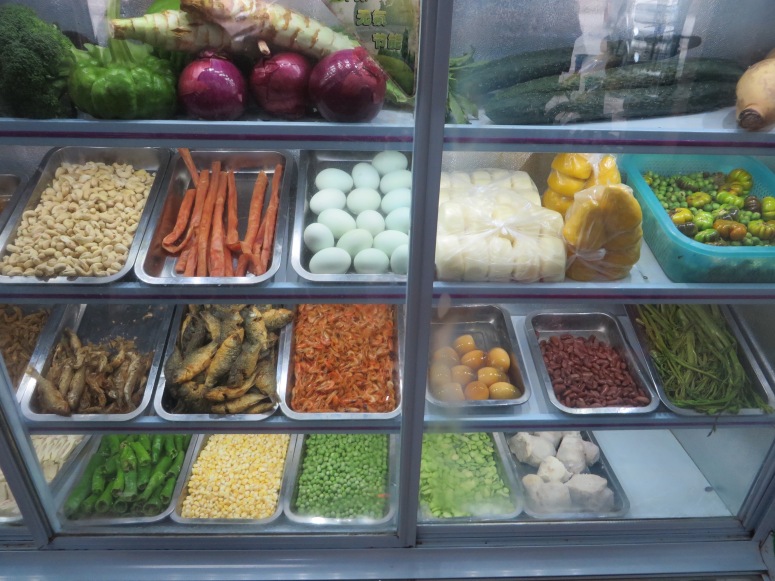 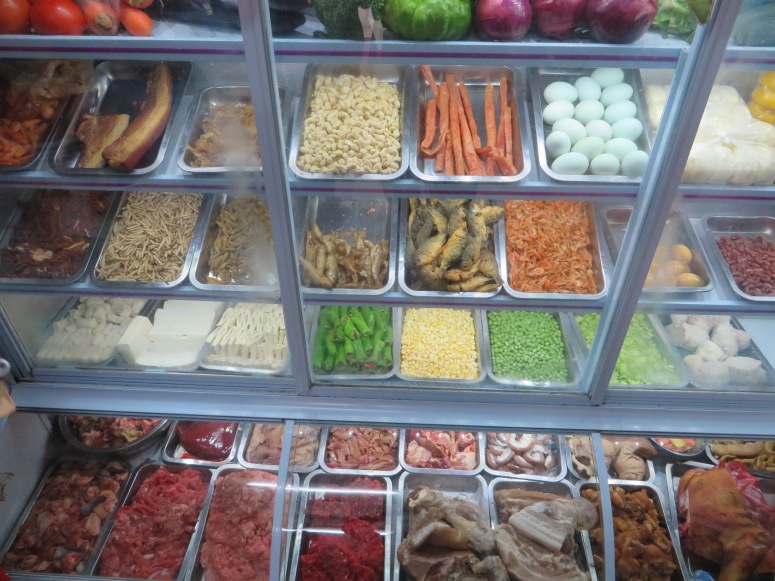 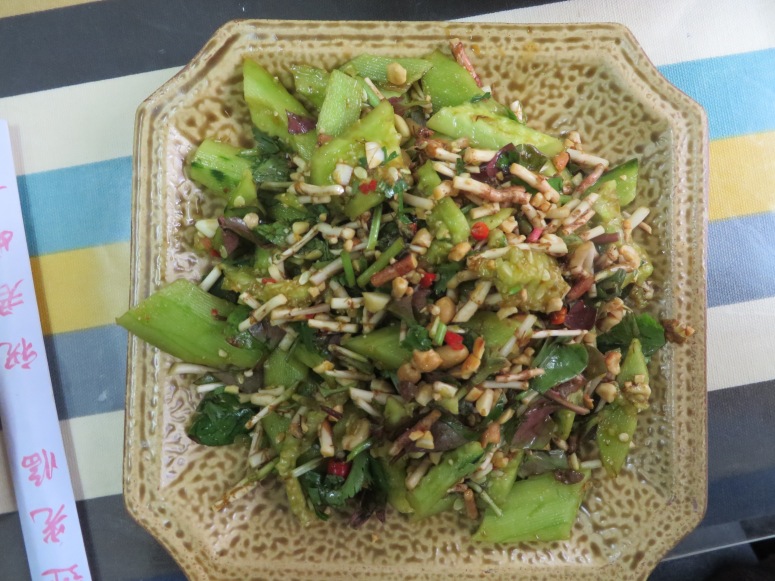 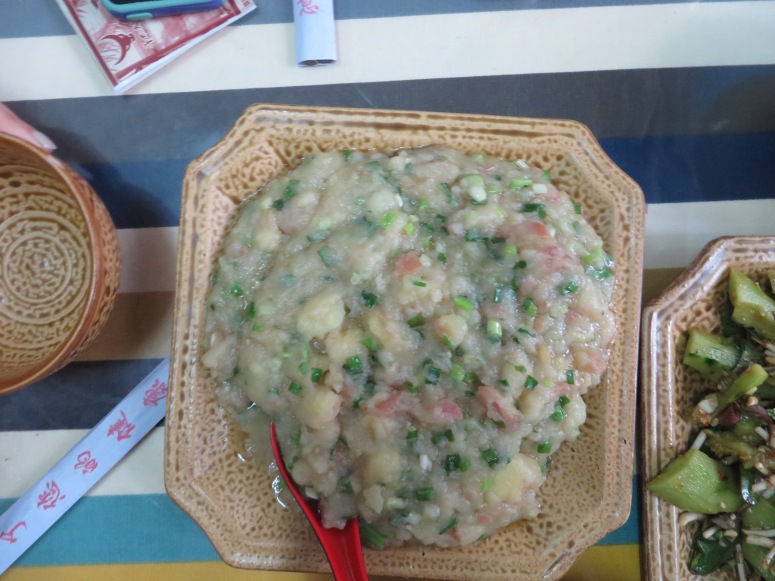 Restaurants only use food that is in season so everything is very fresh. Thankfully, our bodies adjusted well to the food.

When visiting the home of Caitlyn’s friend, we were able to meet a lot of the local people from the village. They even persuaded me to try on their traditional attire. 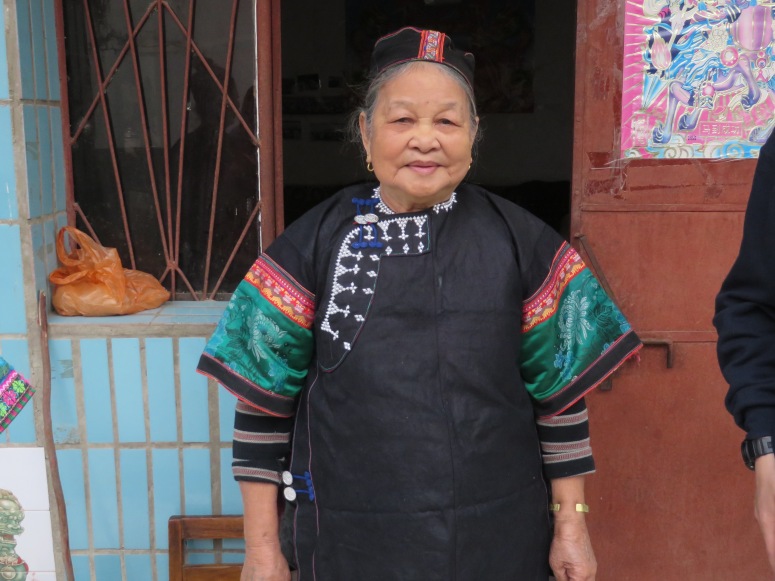 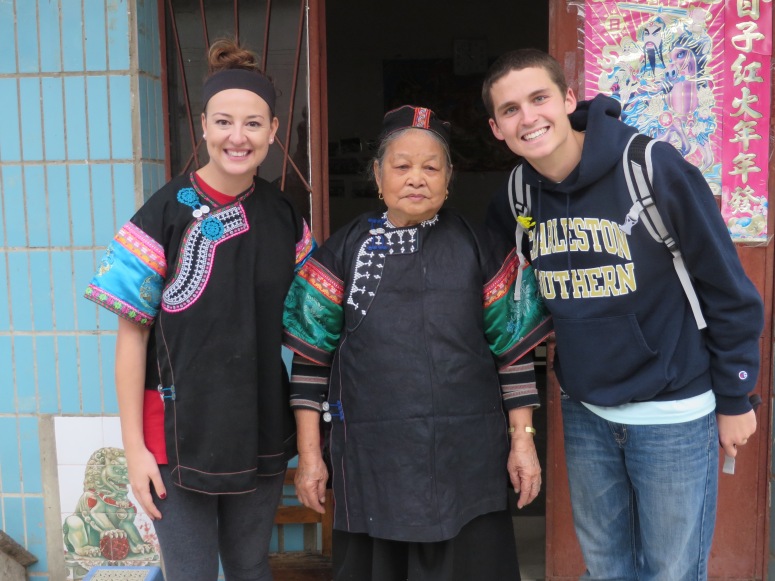 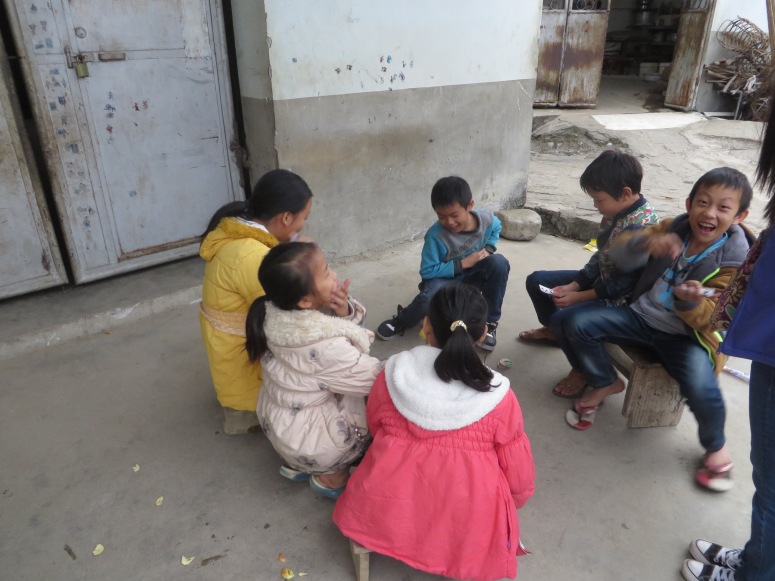 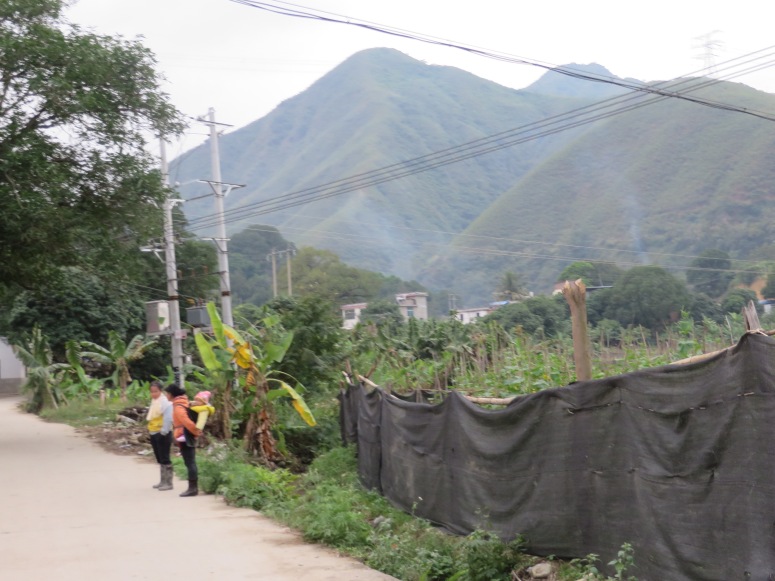 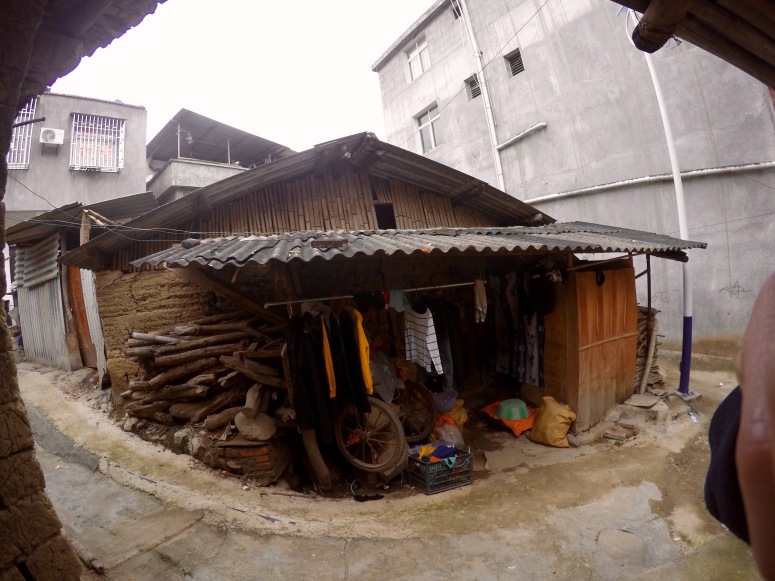 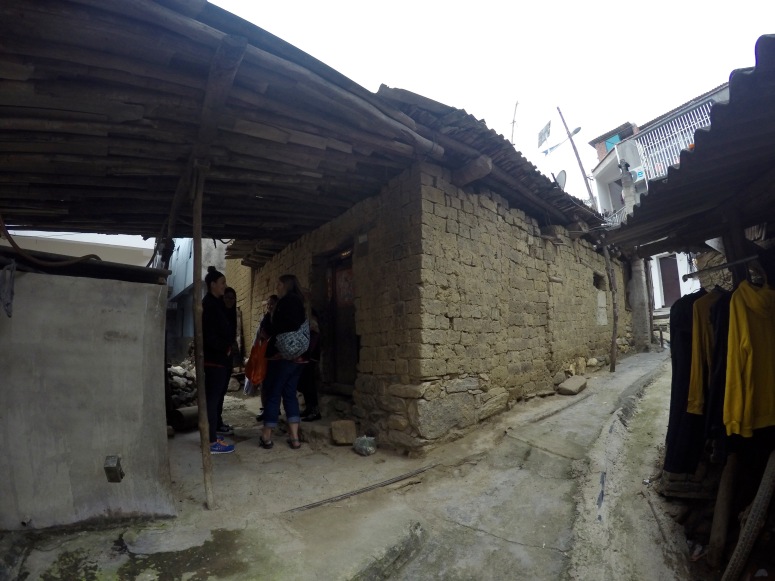 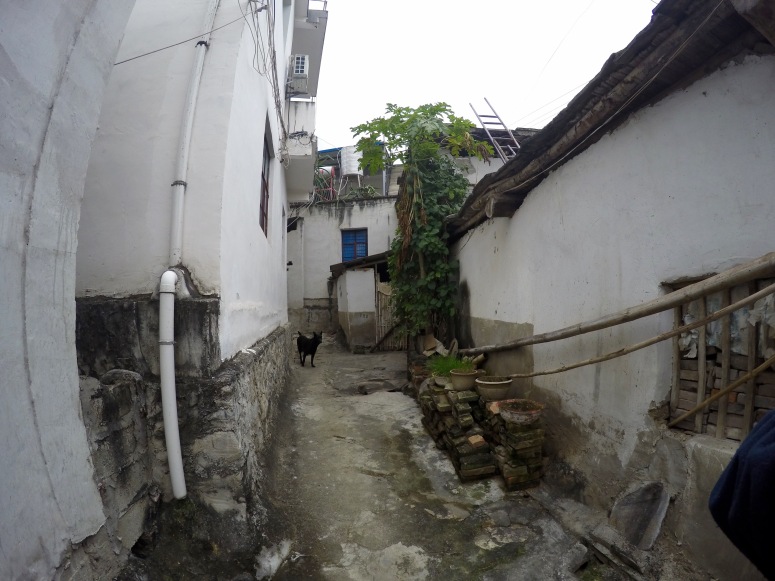 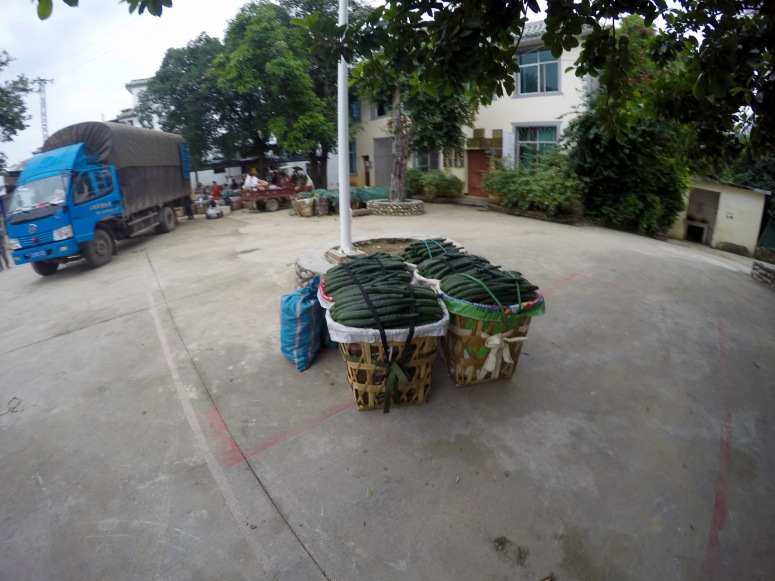 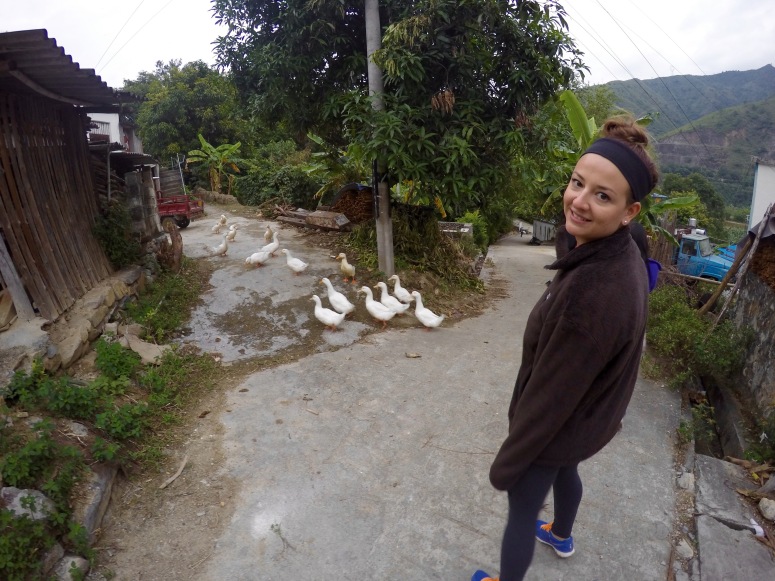 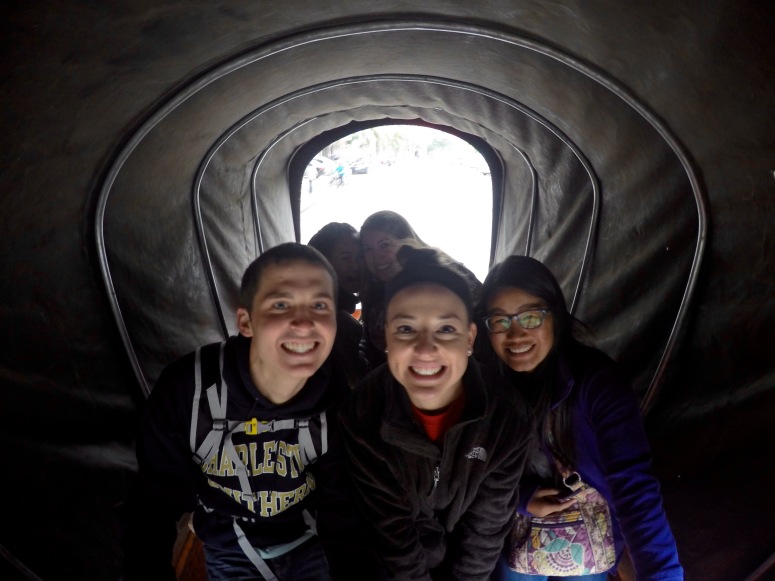 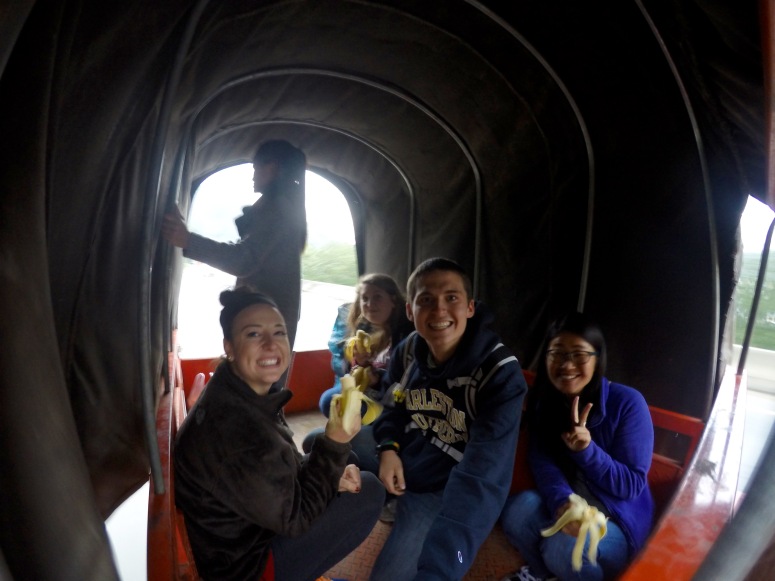 It’s customary upon visiting friends and family in China to bring a small gift. Most of the time it’s food. Before leaving the city, someone gave us an entire bag of bananas and cucumbers that Taylor had to carry. We took the bus back to Caitlyn’s apartment and called it a night.

Give us a “thumbs up” in the section below if you enjoyed reading about our first day in China!

2 thoughts on “First Day in China”