On Monday morning we woke up at 6:30am because we were taking a day trip to Koh Larn Island. We left our hotel and headed to the sky train, which took us straight to the bus station. Our sky train ticket was 31 baht for each person, which is equal to 86 cents. The bus ticket was 115 baht, which was $3.20 per person. 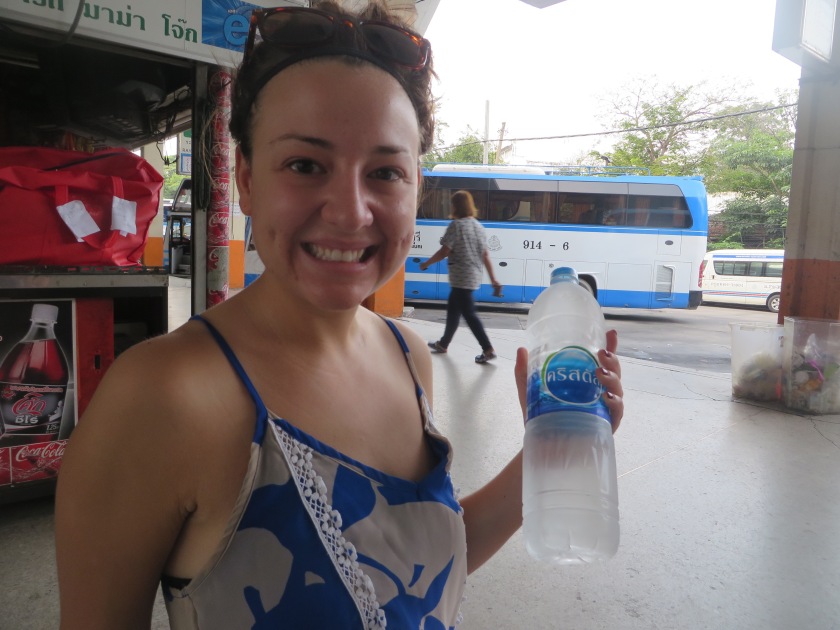 After a 2.5-hour ride, our bus dropped us off in the city of Pattaya. Then we hopped aboard a tuk-tuk to take us to the pier. A tuk-tuk is a truck that has seating in the bed for about 10 people. This cost 50 baht per person, which is equal to $1.39. 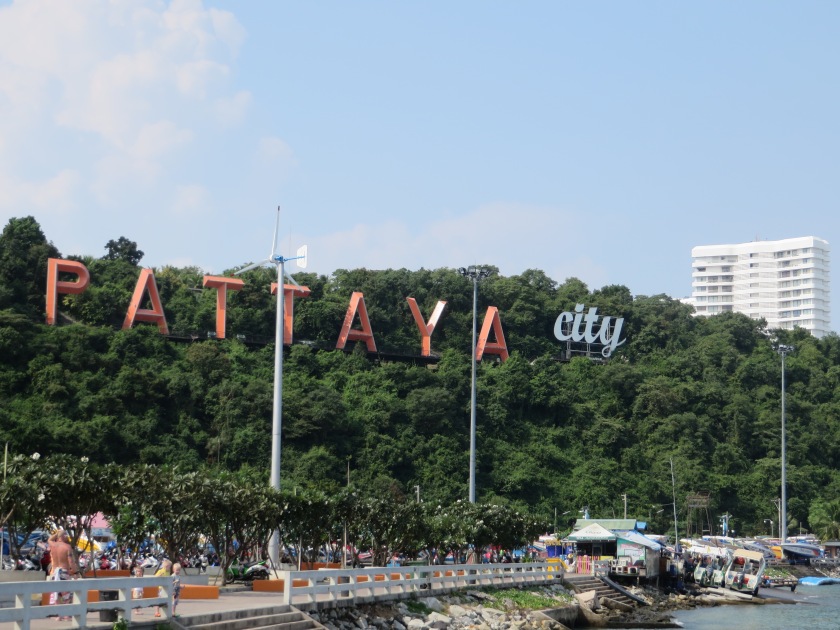 Once we arrived at the pier, we needed to buy ferry tickets to take us to Koh Larn Island. The Ferry would take about 45 minutes and cost 30 baht, which is equal to 83 cents. There was a faster but more expensive option on a speedboat that would take half the time, but cost 400 baht per person. Overall, we really enjoyed the ferry because it gave us time to enjoy the sights! 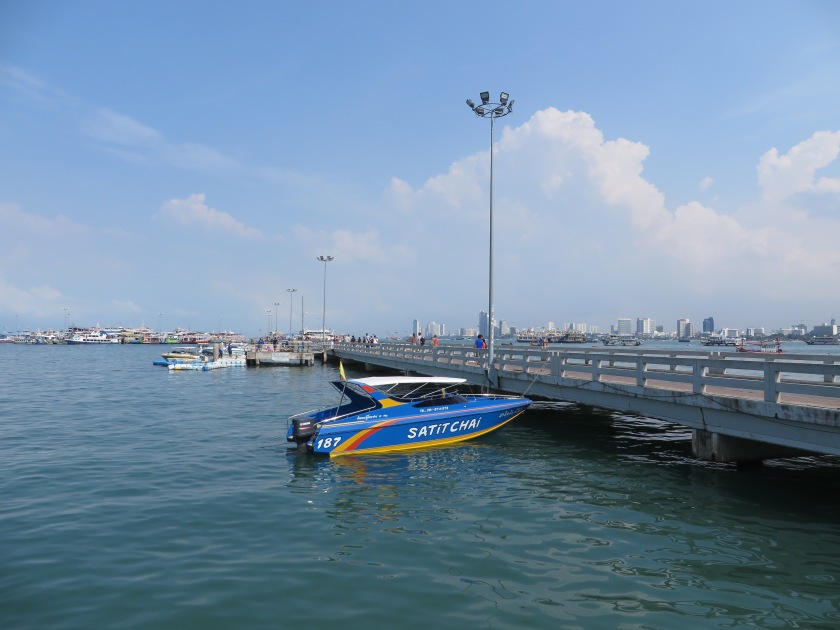 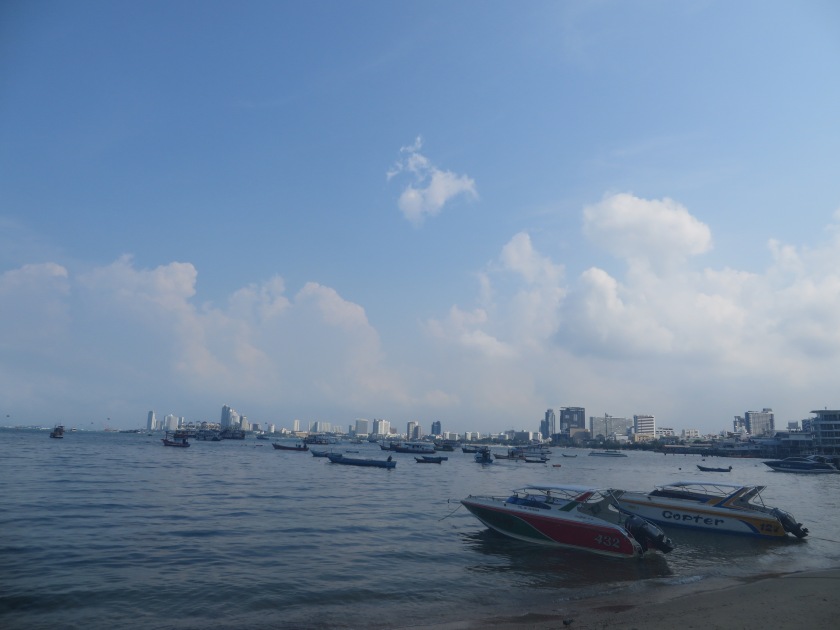 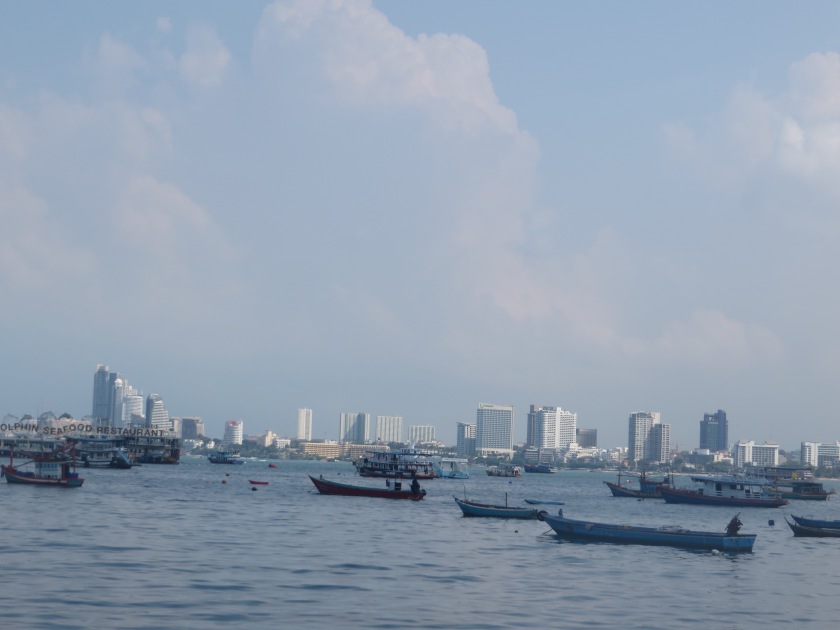 When you arrive at the island, shops, street vendors, and restaurants surround you. There are several different beaches on the island that you can easily get to. We decided to take a moped ride to a beach on the other side, which was 80 baht, which is equal to $2.22. It was hilarious with Taylor, the driver, and myself on a tiny moped, but it was fun!! 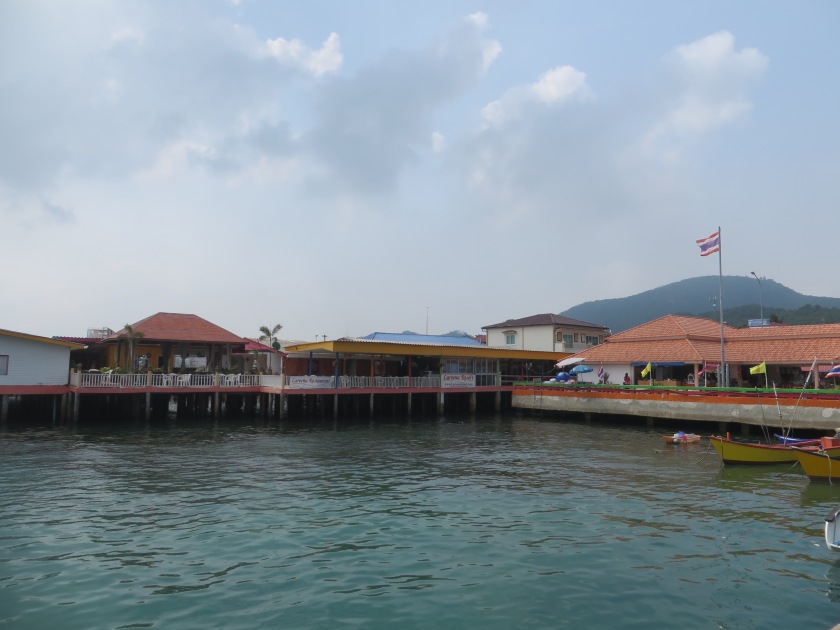 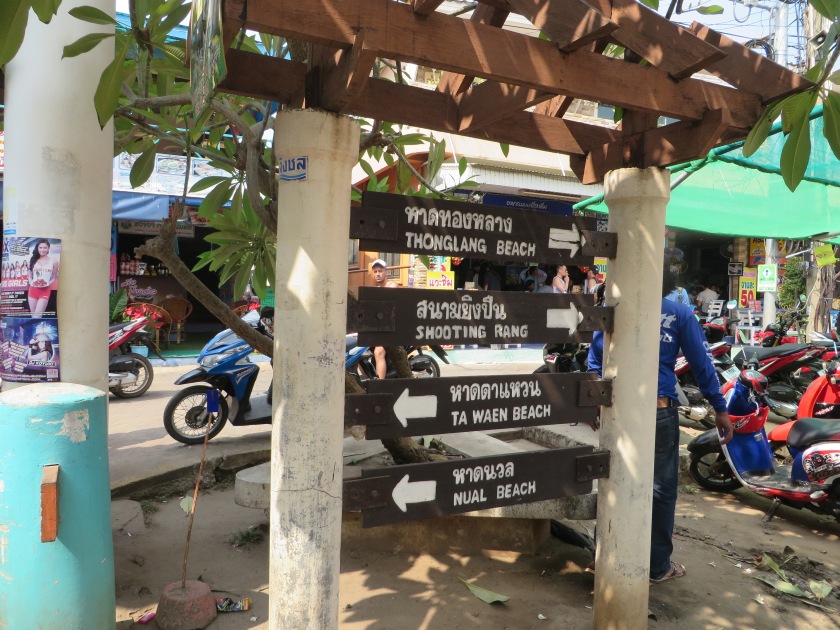 The Thailand beaches were very different from what we were used to in the U.S. You can’t just sit on your towel anywhere you want because there are thousands of chairs and umbrellas already set up for you to rent out. Each chair was 100 baht, which is equal to $2.78. The beach water was crystal clear and we picked the perfect day to go because there was a slight overcast and a really nice breeze. We had a very relaxing day lounging in the shade and swimming in the water. 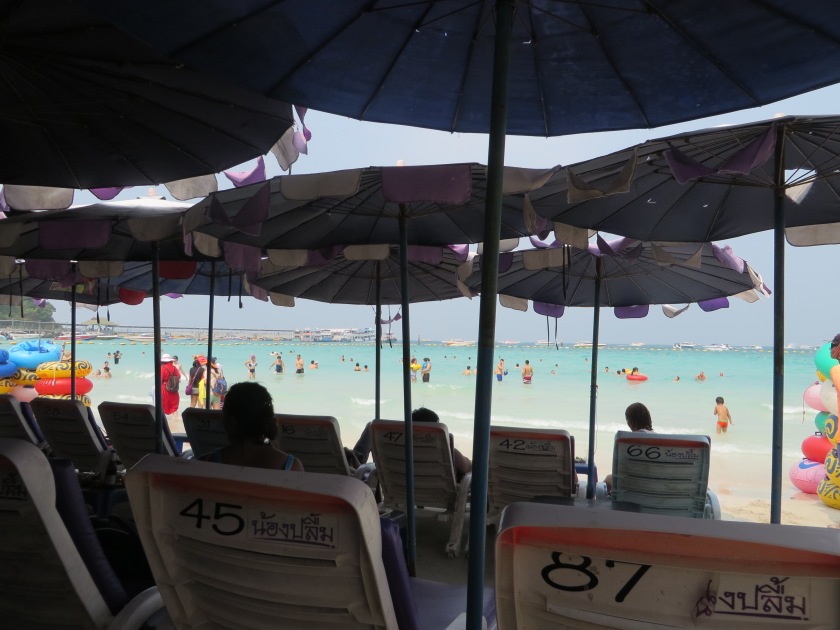 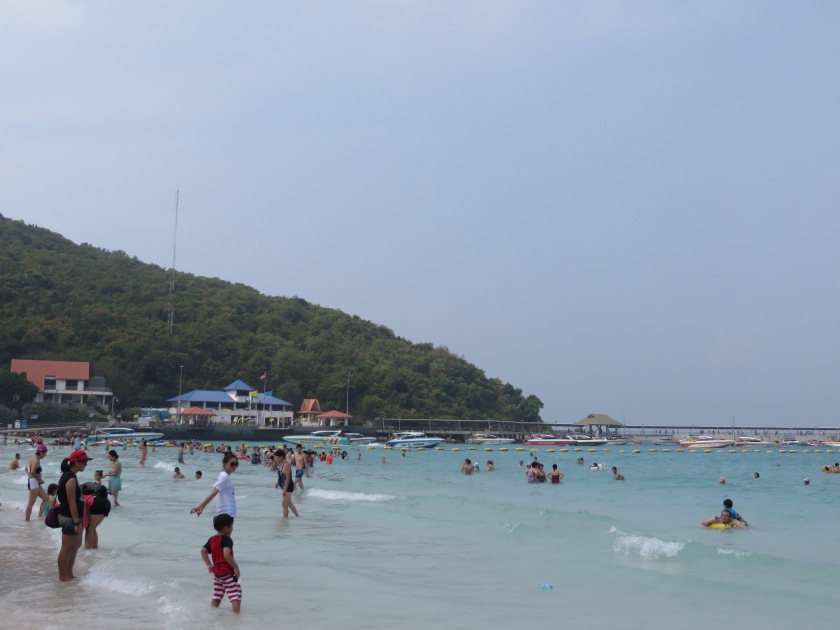 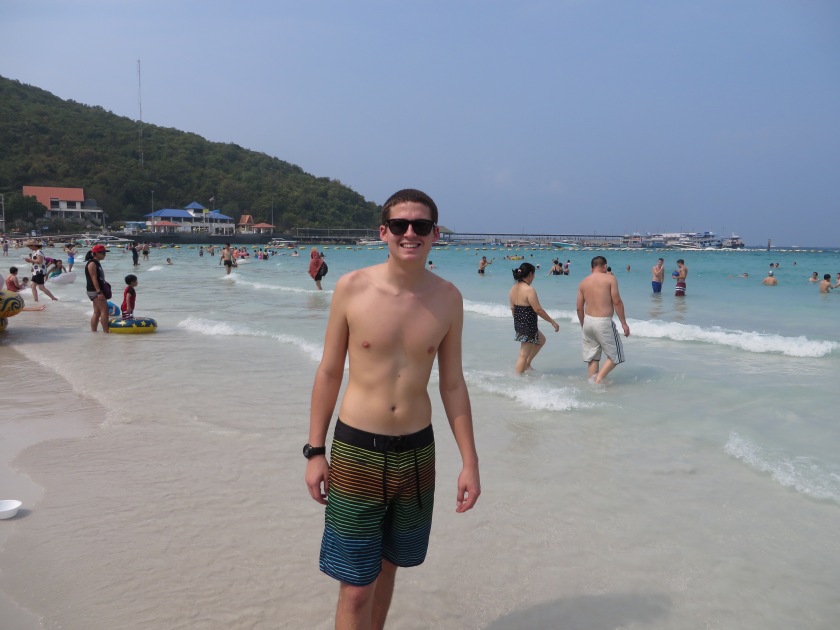 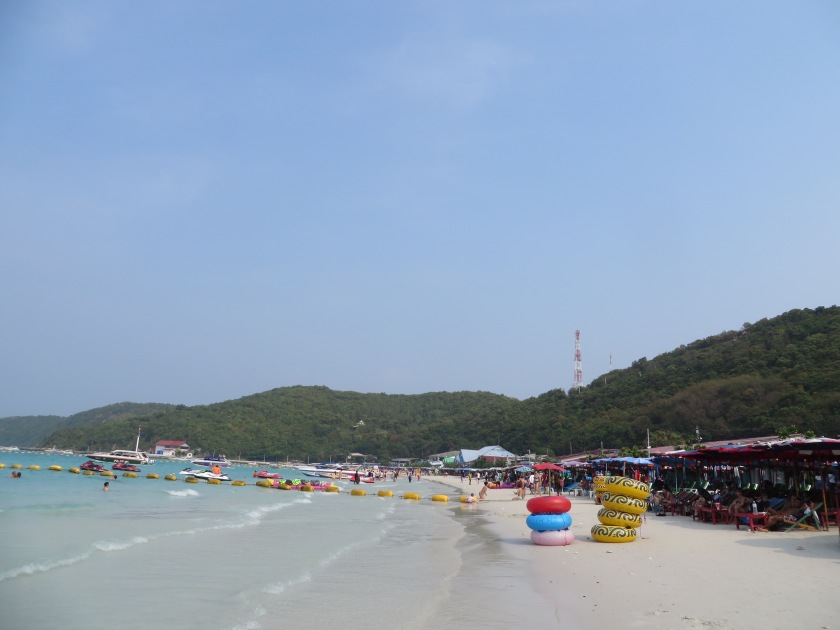 The last ferry leaves the island at 6pm, so we left around 4:30 because we didn’t know how crowded that last ferry ride would be. 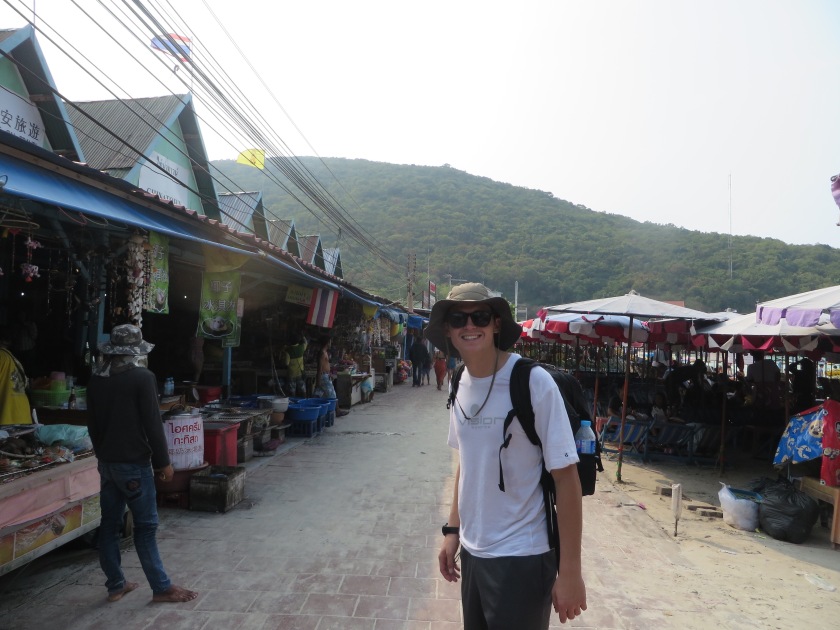 When we arrived back in Pattaya City, we found a restaurant on the water. We split an appetizer of homemade currly fries and they were awesome! Then, Taylor ordered mango salmon with white rice. I ordered a club sandwich. Our bill was 813 baht, which is equal to $22.59. This was our least favorite meal during our time in Thailand. Not only was it more expensive than our other meals, but also the food wasn’t that great. 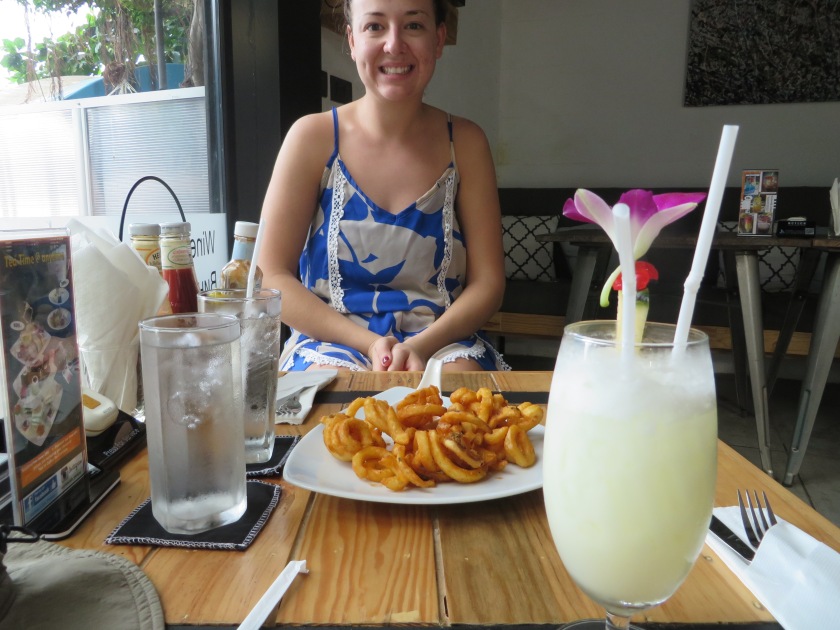 When we finished up our meal, we hopped aboard another tuk-tuk, which took us back to the bus station. The ride was 50 baht per-person and the bus ride back to Bangkok was 115 baht per-person just like the ride over. The bus was FREEZING because the air was on full blast during the entire ride.

Once we were back at the hotel, we showered and packed our bags because we were leaving bright and early the next morning for the airport. Next stop, China!!